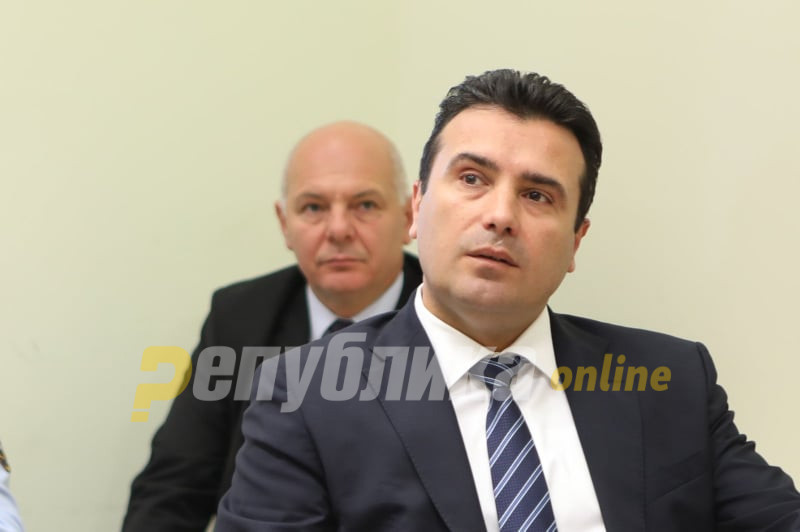 Tense situation this morning in the Skopje Criminal Court, where the trial of the journalist Zoran Bozinovski is underway, whom the Prime Minister Zoran Zaev is suing for defamation.

After the judge approved the proposal of the defense Zaev to appear as a witness at the previous hearing, today he appeared in the small courtroom, but its doors remained closed to the public. The judge did not allow reporters to attend the hearing due to the health protocols.

Defendant Bozinovski reacted strongly to this, leaving the courtroom, demanding that the public and the media be part of today’s hearing.

I am not entering without the public! he said and stayed in the hallway with reporters, while the Prime Minister’s security guarded the door of the courtroom.

Recently, Bozinovski announced that he had audio materials involving the Prime Minister, a recording longer than two hours, recorded in 2016.

Zaev’s lawsuit against Bozinovski is over a Facebook post in which the journalist reveals an alleged racketeering of 60 million euros taken by the then Deputy Prime Minister Koco Angjushev and Zaev himself.