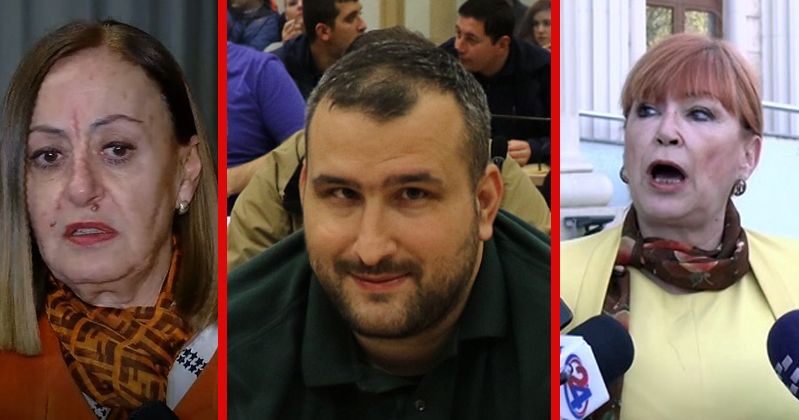 As predicted, the witness Nikola Vasilevski – Ninja, who was wheeled out today by prosecutor Vilma Ruskoska during the April 2017 trial, was there to confirm all of the points of the prosecution. Ruskoska is holding a second trial in a row about the incident in the Macedonian Parliament on April 27 2017, this time accusing the then leadership of the VMRO-DPMNE party of organizing the protests.

Protesters entered the building after the irregular vote to appoint a new Speaker, that led to the establishment of the Zaev regime and a series of humiliating concessions on issues of Macedonian national interest. A group of protesters were already given lengthy prison sentences in the first trial, in no small part thanks to a testimony from “Ninja”, and today he repeated his role. He was given a much reduced sentence in the first trial and it is widely expected that with the current testimony he is buying further favor with the Zaev regime.

During the hearing, Vasilevski testified that VMRO-DPMNE was preparing an incident in the State Electoral Commission following the December 2016 vote, when under strong international pressure the SEC was deciding to stip VMRO of several seats in Parliament and to reward SDSM. Vasilevski then alleged that the charged VMRO officials such as Mile Janakieski were involved in organizing the protests. As in many other cases initiated by the Zaev regime, the charges are aimed at former VMRO leader Nikola Gruevski, and a group of his associates.

Vasilevski, a street thug from Skopje, already played a similar role in the trial against former Interior Minister Ljube Boskoski, who was suspected of involvement in a mafia style double murder. In this case, Vasilevski initially gave a statement that he did not meet with the suspected executors, but later changed his testimony in exchange for a significantly lesser charge in the separate case in which he was on trial for an attempted murder of a witness.

Previous witnesses in the April 2017 trial denied the allegation put forward by Ruskoska, who is one of the most eager prosecutors of the SDSM regime in initiating charges against VMRO-DPMNE officials and activists.

Defense attorney Elenko Milanov said that Vasilevski has been in contact with the prosecutors and is negotiating deals in his favor in exchange for a testimony that would fit Ruskoska’s allegations.

On top of everything, such negotiations are not allowed once the case has moved on to trial, Milanov said. 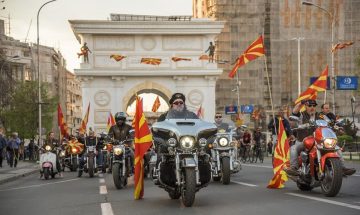 The organizers of the April 2017 protests, the 4th Ilinden association, issued a statement saying that it is clear why the prosecutors in Macedonia enjoy the support of just 2 percent of public, if they are using the same low level criminal to be the key witness in a series of politically motivated trials.

Human lives are being destroyed and people are sentenced to hundreds of years in prison on the basis of a person who has a crime record that spans thousands of pages and a long history of giving false testimonies. We are assured that the public will see through this latest “deal with the Devil”, the association said.