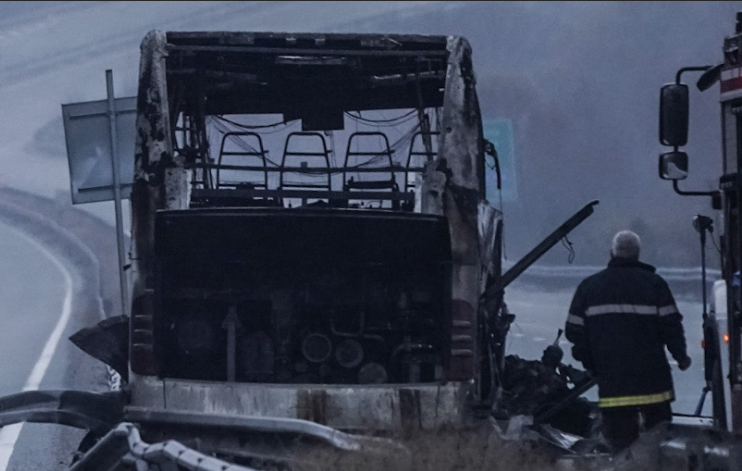 Bulgarian investigators say that there is no reason to push criminal charges over the Besa Trans bus disaster in November. They say that the accident which killed 46 people is due to a driver error and that the bus was not carrying additional flammable liquids as was speculated.

The bus was going 108 on a stretch of the road that allows for 90 kilometers an hour. The road was wet. There are issues with the road infrastructure, but those were not crucial in the accident, said professor Stanimir Karapetkov, who is among the lead investigators in the accident.

He states that the bus swerved sharply to the right when crossing next to a rest stop area – likely an error by the driver who lost control over the vehicle. It hit the fence of the rest stop area and caught on fire. The blow ripped out the front door and caused a gust of air to rush in, fanning the fire that broke out immediately.

The passengers on the front seats were killed instantly, said investigator Marian Marinov.

The investigation also showed that the bus was older than was presented.