Bulgarian member of the European Parliament Andrey Kovatchev strongly denounced Macedonian Prime Minister Zoran Zaev for celebrating October 11, the day of the World War Two uprising against Bulgarian occupation forces in Macedonia. Zaev posted a meek message for what is one of the main holidays in Macedonia and carefully avoided mentioning Bulgaria as the enemy in 1941, but still the member of the European Parliament from the Bulgarian ruling GERB party was having none of it.

Why does Zaev need to engage in an anti-Bulgarian provocation at this time?, Kovatchev said, before giving his version of the partisan attacks on Prilep and Kumanovo, on October 11 1941. “A pro-Serbian killed a Bulgarian, who was father of three children and a relative of Dame Gruev. This is what they call a ‘national uprising’ and what they celebrate each year. Lies and anti-Bulgarian ideologies have no place in the EU”, Kovatchev wrote on his Facebook account, again threatening that Bulgaria will veto Macedonia’s request to open EU accession talks. 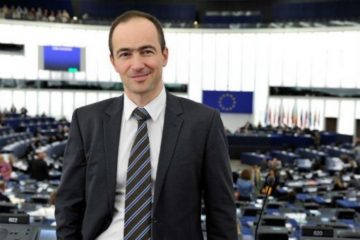 Bulgaria has tried to paint the Macedonian national founding process as a fight between Bulgarians and pro-Serbian Bulgarians, and has described the guerrilla fighting that lasted until the end of 1944 as a civil war between these two factions. Bulgarian officials especially take umbrage at any mention of the fact that their country was on the side of the Axis for much of the war.

Bulgarian authorities have counted on Zaev to deliver on a number of issues, including declaring Goce Delcev and other Macedonian heroes as ethnic Bulgarians, and to agree to wording that would undermine the uniqueness of the Macedonian nation and language. Zaev was happy to oblige Bulgaria and especially Greece in the past, but the list of demands keeps growing and they touch on issues that are particularly important to his SDSM party – that was built over the Communist Party whose main claim to legitimacy was the partisan fighting against Bulgaria during the war.