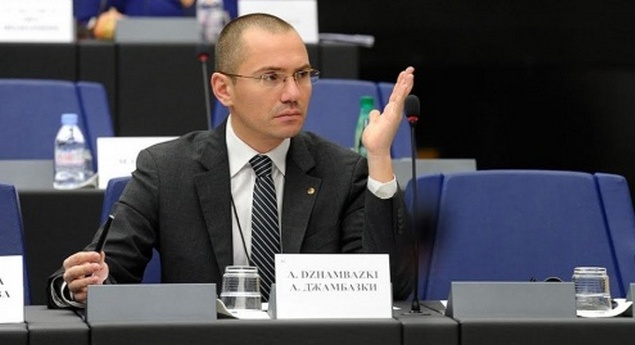 Bulgarian nationalist member of the European Parliament Angel Dzhambazki made new territorial claims against Macedonia in his latest interview with Radio Free Europe. Fresh out of a controversy where he posted a video claiming that Macedonia is Bulgarian and calling Macedonians “temporary managers of that land”, he told RFE that Ohrid is the Bulgarian capital.

Dzhambazki made the territorial claim while he was insisting that hundreds of thousands of Bulgarians are being discriminated against in Macedonia.

People who self-declare as Bulgarians are being summoned to the secret police offices and are harassed for their social media postings. A Macedonian citizen with Bulgarian identity was fined a few days ago for posting photographs of the Bulgarian churches in Ohrid. Ohrid is the Bulgarian capital, nobody can deny that, Dzhambazki insisted.

New fire in the reeds on the Struga shoreline