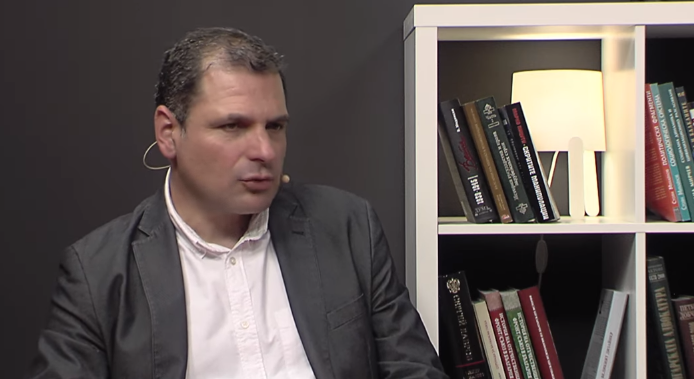 The professor of the University of Veliko Trnovo, Ivo Indzov, in the traditional political poll conducted by the Sofia newspaper “Dnevnik” at the start of the new 2022, says that Bulgaria in certain circumstances could soften its position towards Macedonia and during the year will probably agree to start negotiations with the EU.

Indzov says he does not believe the Bulgarian government will fall apart over a foreign policy challenge, such as NATO-Russia relations or Macedonia’s EU accession talks.

Indzov, who is a political scientist and expert on political communication, believes that it is possible for Bulgaria in certain circumstances to soften its position towards Macedonia, emphasizing that at the level of political rhetoric, the Bulgarian position has already evolved.

For Brussels and Washington, the main Bulgarian demand is incomprehensible, in general – Macedonia to recognize the historical truth of our common history, our common language until 1944 – and this can not be taken as a serious argument for EU membership, said Indzov.

According to him, this “essential element of the Bulgarian position has not been dropped from the negotiating package”, but Sofia is now focusing on issues that have a “measurable” solution.

Such are the respect for the rights of the citizens with Bulgarian national feeling in the Republic of Macedonia, their inclusion in the Constitution of the country, rehabilitation of the victims of communism with Bulgarian feeling. Macedonia’s policy in these areas has serious deficits, and the issue of human rights is universal and the EU cannot ignore it, added the university professor.

According to him, it will be hard for Bulgaria to force Macedonia to exclude “hate speech” from textbooks, media and monuments.

Regarding Bulgarian Prime Minister Kiril Petkov’s plans to boost the economy as a priority in relations between Sofia and Skopje, Indzov said such an approach could help improve the bilateral climate.

Despite the serious domestic political risks of such a political move, amid growing international pressure and some Macedonian compromises, in 2022 Bulgaria is likely to let Macedonia – its historically closest country in the Balkans – starts EU accession talks, says Professor Indzov.

The Holy Cross in Skopje was retrieved by all Epiphany participants

Mickoski: May the Epiphany holiday bring peace, tranquility, good health and prosperity to all

Maricic: If there are Macedonians in Bulgaria, they can self-identify as such, but we can’t support them

The Holy Cross in Skopje was retrieved by all Epiphany participants

On the occasion of the Epiphany holiday, Archbishop Stefan lowered from the Sloboda Bridge near the Holiday Inn hotel the Holy Cross into the Vardar as part of this year’s Great Theophany Blessing of Water Epiphany tradition for believers to retrieve. The Holy Cross in Skopje was captured by all believers...
Macedonia 19.01.22 | 11:19

Mickoski: May the Epiphany holiday bring peace, tranquility, good health and prosperity to all