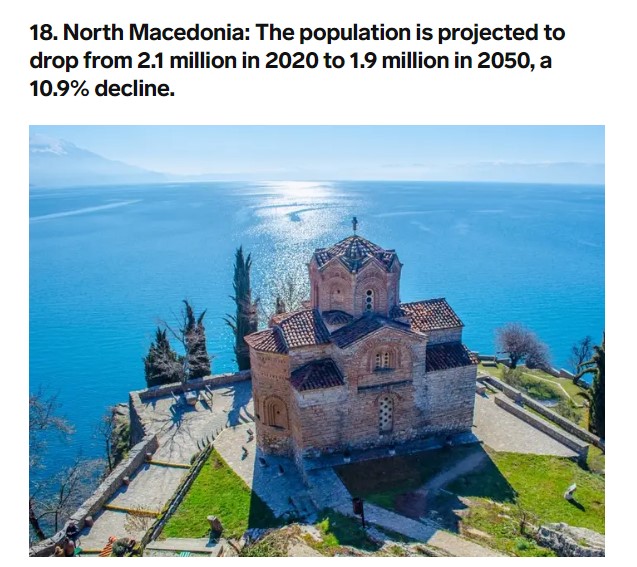 Business Insider put Macedonia on its list of “20 countries facing population collapse”.
The list relies on demographic data from the United Nations and projects population of varius countries between 2020 and 2050.

Neighboring countries such as Bulgaria (1st on the list), Serbia (5th), Albania (10th) and Greece (12th) will see their populations decline by between 22.5 and 13.4 percent. This would turn Bulgaria in to 5.4 million strong country in 2050 and bring Albania to 2.5 million.

Macedonia is 18th on the Business Insider list. Our population is projected to shrink by 10.9 percent until 2050, down to 1.9 million, from the current level of 2.1 million.

Other Balkan countries on the list are Croatia, Bosnia and Romania, while the Baltics are also strongly represented. Ukraine, Italy and Japan are among the largest countries that face population collapse.

Black scenario: Macedonia will have less than a million inhabitants by 2100

The CIA counted our population before the census