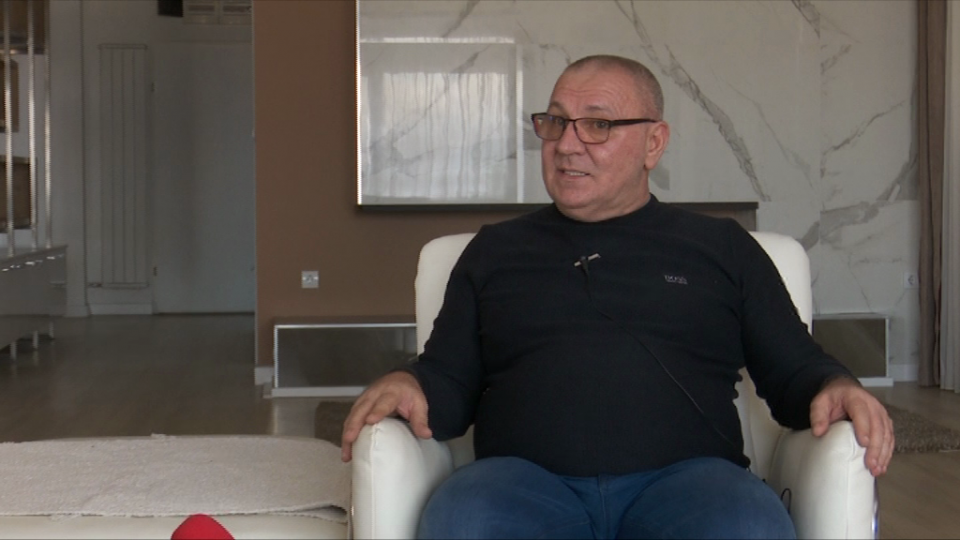 This is how businessman Kiro Tosevski, the owner of the BANA company that he said was intended to end up in the hands of Prime Minister Zoran Zaev’s brother, Vice, begins his testimony in front of Alfa’s camera.

Since 2017 when he came to power, everything he has started doing to me has been various manipulations with other personalities, related to Zaev and his brother Vice Zaev, Tosevski says.

But in just two years, things have gotten to the point where, as Tosevski says, he now fears losing the property where the building is located.

In the summer of 2017, Tosevski decides to sell the building for 4 million euros. He even starts talking to potential buyers. But at one point he gets a call from the prime minister not to rush the sale, or keep the location attractive to foreign investors.

Then began all. The first direct bidder was the owner of a luxury hotel in Aerodrom. But they never agreed on the amount. However, even then, as Tosevski says, he sensed who was behind the bid, but did not want to believe in hidden intentions.

After the business failed with the first bidder, as Tosevski calls him the intermediary, a second one followed.

Tosevski said that person was lawyer Tumanovski who said that he was sent on behalf of Vice Zaev.

Alfa demanded answers from lawyer Aleksandar Tumanovski, whether he had negotiated the purchase of the property on behalf of the prime minister’s brother, but received neither denial nor confirmation.

As a lawyer for a certain client who was interested in real estate I made a price and conditions check on 27.09.2017, after considering the possibilities and potential of that real estate, the client showed disinterest about which  Kiro Tosevski was informed at short notice, said the lawyer Aleksandar Tumanovski.

Alfa also demanded answers from businessman Vice Zaev, but he denied everything.

I have seen Kiro Tosevski maybe once. I never wanted to buy his property. Every day I get different offers for construction land, from different businessmen, it makes no sense to get into something I do not want, even more to deal with any problems with the state by abusing my brother’s name. I reject all of Tosevski’s false testimony as inaccurate. And if there is evidence that he communicated with me directly, let him provide it. I will not let my name be tarnished by anyone, says Vice Zaev.

If you believe that my brother has done something wrong to you, I will argue with him and order him to go completely away from whatever he is talking to you about and whatever he is doing with you, reads the scanned message that Tosevski sent to Alfa.

Tosevski claims that the prime minister asked him for a letter of intent or project documentation for the property in order to give it to interested investors, which he submitted it.

Alfa sent an official letter with questions to the Prime Minister’s office – whether all of this is true, but so far no answer has been given to TV station.

It is not photomontage: The Zaev family has a special Christmas tree ornament reading “North Macedonia”