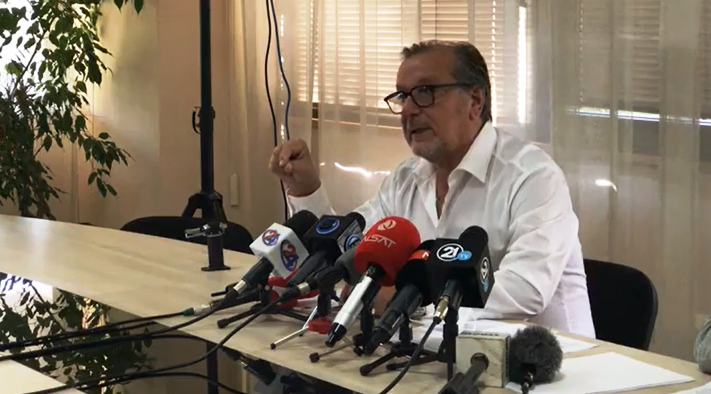 Trifun Kostovski, owner of the now collapsed Eurostandard Bank, called out five top officials who he says contributed to the collapse of the bank. Eurostandard was issuing loans to shell companies whose owners were linked to the ruling SDSM party, many of whom would not pay back what they owed. The collapse harmed depositors to the tune of 60 million EUR while the lenders can now avoid paying back what they owed, and Kostovski claims that this was precisely the point of destroying the bank, which he says was entirely avoidable.

Kostovski named former interim Prime Minister Oliver Spasovski who, he claims, allowed the bank to go into bankruptcy, violation a rule against such moves that was in force during the coronavirus linked state of emergency. Central Bank Governor Anita Angelovska Bezoska refused to use the option of putting the Eurostandard Bank under administration, and also refused to entertain the option of having an outside company interested to invest in Eurostandard Bank be given a chance to jump in and save the bank. “The potential partner met all criteria set up by the Central Bank and could’ve become a co-owner or full owner”, Kostovski claims.

The other three officials of the Zaev regime named by Kostovski are in the judiciary. He named judges Sedat Rexhepagic and Ognen Stavrev who froze his and his son’s Kosta Kostovski’s property as part of the investigation into the collapse of the bank. Finally, Public Prosecutor Ljubomir Joveski, who allowed the publication of the charges against Trifun and Kosta Kostovski, sentencing them in the court of public opinion.

Trifun Kostovski claims that the management he put in place in the Eurostandard Bank was approving the loans to obviously unqualified shell companies set up by people linked to the Zaev regime – many of them from Zaev’s hometown of Strumica. Much of the lost deposits are being recouped from public funds and from a solidarity fund set up by all commercial banks in Macedonia, but some of the depositors will lose their money. Lenders are requested to pay back the money, but in cases of shell companies with uncertain ownership, they can easily avoid this obligation, keeping the loans for themselves.