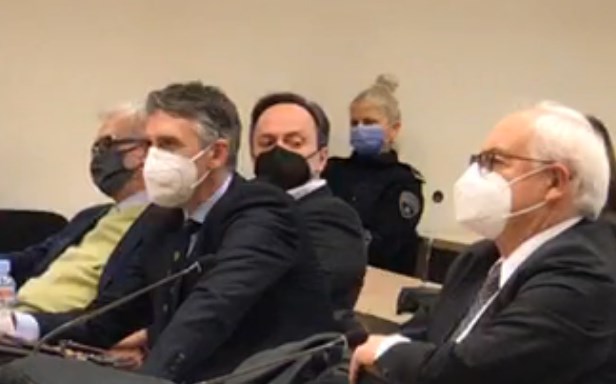 The Skopje court declared a retrial in one of the many cases against former security chief Saso Mijalkov that were initiated by the disgraced Special Prosecutor’s Office.

In this case, Mijalkov was charged with ordering an unnecessarily harsh arrest of nationalist politician Ljube Boskoski in 2011. Boskoski was arrested as he was receiving a bag full of cash from a Greek businessman, in exchange for running in the elections and trying to syphon votes from VMRO-DPMNE. The purpose was to weaken VMRO and hopefully install a different Government in place that would accept Greek demands in the long-standing name dispute.

Boskoski, who was was dragged to the ground and kept there until TV crews filmed him. The court found that the case was not clearly presented, while acknowledging that there was likely a case. Eventually, the judge decided to have the main portion of the trial re-opened.

Mijalkov was already sentenced in two of the cases filed against him, to a total of 20 years in prison – both cases are being appealed. Boskoski, who also faced persecution by the SDSM led Government in 2004 and was acquitted from war crimes charges in the Hague, is now a minor coalition partner of the SDSM party.