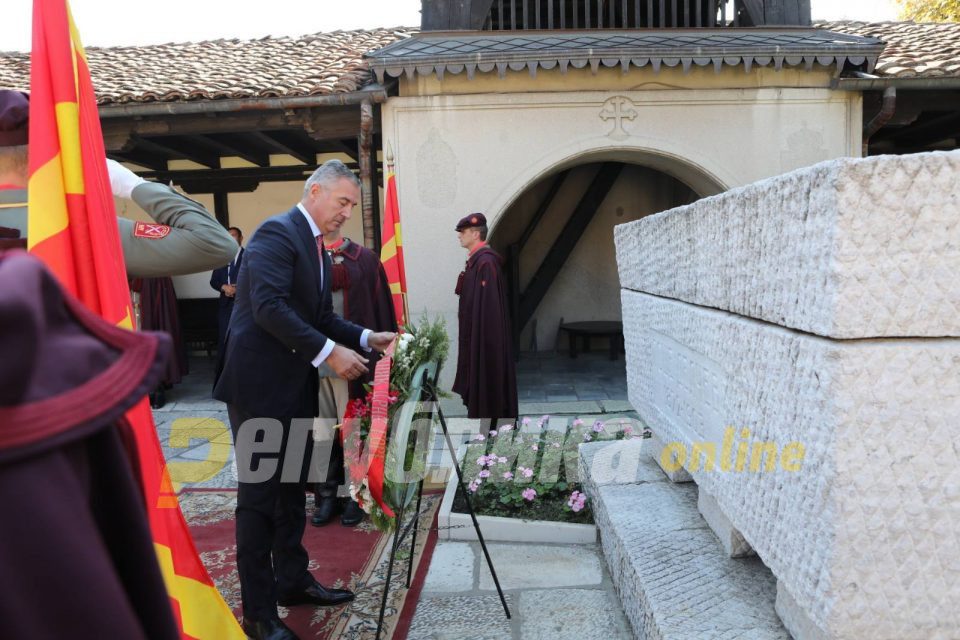 Montenegrin President Milo Gjukanovic, who is visiting Macedonia, went to the grave of legendary VMRO leader Goce Delcev today to pay his respects, but he was noticeably not accompanied by Macedonian President Stevo Pendarovski during his portion of the agenda.

Gjukanovic was accompanied by members of the Government and Pendarovski’s office, but not his counterpart. Pendarovski is currently embroiled in a dispute with Bulgaria over Goce Delcev. He briefly became the darling of the Bulgarian press and politicians after he acknowledged that Goce Delcev has identified as an ethnic Bulgarian in parts of his life. Pendarovski later explained his statement by saying that he needs to act and avoid getting Bulgaria to block Macedonia from joining NATO or opening EU accession talks. 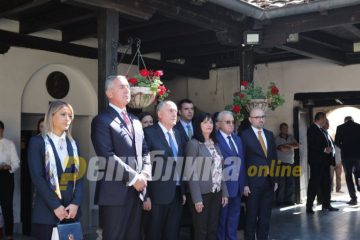 But, last week Pendarovski gave an interview in which he implied that Delcev was pressured to falsely declare himself as a Bulgarian, while actually having a Macedonian identity. Delcev attended the Sofia military academy and frequently operated from Bulgaria, in his struggle to liberate Macedonia from the Ottoman rule. Pendarovski compared the situation Delcev was in with the practice of the Bulgarian Government to allow Macedonians to get fast-tracked Bulgarian citizenship, which allow easy access to the EU labor market, if they declare themselves as Bulgarians.

Are you trying to tell me that in that historic context, in 1900, 1901, Goce Delcev was able to declare himself as Macedonian? Those were the circumstances at the time, Pendarovski said in his latter interview.

Just as his initial interview bought him much good will in Bulgaria, his latter comments cast Pendarovski as duplicitous.

President Pendarovski’s statement is very disappointing. It is insulting for the Bulgarians, for the Macedonian Bulgarians who lived in this territory, for their ancestors, for the contemporary Macedonian Bulgarians who freely express their Bulgarian identity. Pendarovski makes the comparison that they declare their identity solely to get a Bulgarian passport. We are talking about someone who was born in a Bulgarian family, in the Bulgarian city of Kukus (Kilkis), declared himself as a Bulgarian born to a Bulgarian mother and a Bulgarian father and you can’t just suddenly say that it was not true. I was felt sick when I saw the video, said Bulgarian member of the European Parliament Andrey Kovatchev, who strongly praised Pendarvski’s initial statement.

Bulgarian President Rumen Radev convened a meeting of the state leadership earlier this week to try to reach a position that would best reflect Bulgaria’s national interests as Macedonia asks to be allowed to open EU accession talks in mid October.