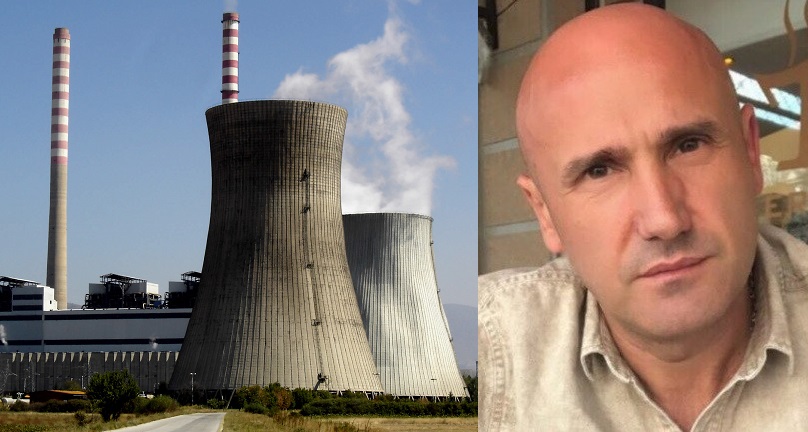 The scandalous police report presented by opposition leader Hristijan Mickoski today reveals the manner in which Zoran Zaev’s brother Vice Zaev threatened businessmen whose public contracts he was after.

You left a very bad impression. You claim you’re unavailable, off the grid, and you are sitting in public in cafes. There are pictures, Vice Zaev warned a businessman he was threatening, who reported the attacks he was under to the police.

In the testimony, the owner of the “Rubiton Bitola” mining company, Vasko Vasilev, reveals that he was pressured by Vice Zaev and the then head of REK Bitola mine and power plant Vasko Kovacevski (who was in the meantime promoted to head of the publicly owned ELEM energy company) into giving away his mining contract with Macedonia’s main power plant – or, alternatively, ordered to pay 250,000 EUR as “damages”. This amounted to a quarter of the entire contract, and more than the entire profit he was expecting from the deal. Vasilev said that once he refused the request and refused to meet with emissaries sent by Vice Zaev, he began to have administrative problems while working on his contract which badly affected his company.

In the document presented by Mickoski, Vasilev and his partner Jani Radivcev were being instructed to go to the Villa Park Hotel in Strumica – the base of operations for the Zaev family, for a meeting in 2018 that was then cancelled by Vice Zaev. After this, Vasilev was being instructed by Vice Zaev to meet a businessman who open negotiations on Zaev’s behalf, but he refused to do so. This led to the threatening messages from Vice Zaev, warning him that “we’ll see how far you will get with that attitude”, and the problems with working on the contract soon followed. The company was quickly notified that their contract will be cancelled by REK Bitola and it was later given directly to the company promoted by the Zaev family. 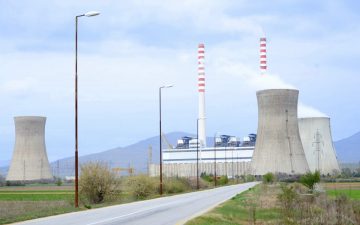 Rubiton was one of the three companies hired in 2018 to dig coal – the contracts were divided almost evenly with Markovski Company and Granit. But their contract was cancelled only three months after the contract was signed – after Vasilevski and Radivcev refused to hand it over to a company owned by the Zaev family. This company, that Vice Zaev was promoting – SV Invest – won a contract amounting to two thirds of the original contract a month after Rubiton’s contract was annulled.

According to the opposition party, the statement from Vasilev was received by detectives of the organized crime unit in the Interior Ministry and given to organizer crime prosecutor Vilma Ruskoska – who is one of the top Zaev loyalists in the judiciary. The report was quickly replaced with another report, that omits Vice Zaev’s name. The entire third page of the report, which Mickoski presented today, was falsified and Vice Zaev’s name was replaced with the name “Vice N.” – an apparent attempt to leave room for plausible deniability by the ruling family. 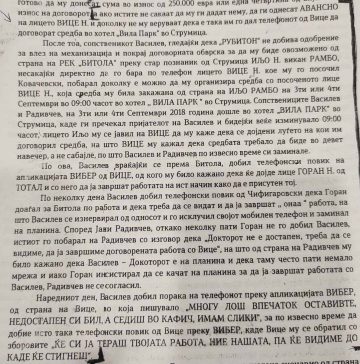 There is clear indication that the police and the prosecutors were colluding to cover up the crimes of the Zaev family and that this was done at the level of organized crime director Laze Velkovski and prosecutor Ruskoska.

In a statement with Fokus, Vice Zaev denied the revelations made by opposition leader Hristijan Mickoski today, that he was pressuring the owner of a coal mining company to step aside and hand over a lucrative contract with the state owned REK Bitola mine.

Mickoski apparently believes that by tarnishing my image he will become a top politician. He is obsessed with my but that is not my problem that he has a complex. There is no truth in what Mickoski was saying today. If he had any evidence, he would have presented it, Vice Zaev told Fokus. He accused Mickoski of hiding behind journalists because the revelation of the scandal was made through an on-the-record briefing.

The REK Bitola mine, which was ran by an official of the ruling SDSM party at the time and remains under party control, also denied the allegation, as did the SDSM party.