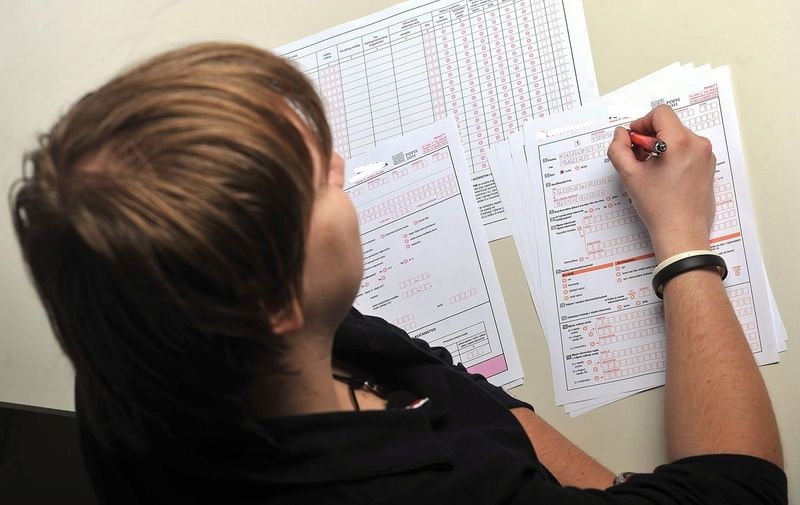 State Statistics Bureau Apostol Simovski confirmed that four instructors preparing census workers are infected with the coronavirus. Simovski is preparing the census which Prime Minister Zoran Zaev insists must begin next week, even though the coronavirus infection rate is through the roof and Macedonia has no vaccines at the moment.

There are four instructors, but they were infected through their spouses, not in the Bureau, Simovski insisted in a televised debate with VMRO-DPMNE official Ilija Dimovski, who revealed the infections to the public.

Citizens are seriously worried about the census – the idea of interacting with census workers who are visiting numerous homes each day at a time when they are discouraged from meeting even with their loved ones. Still, Simovski continued his practice of threatening citizens with fines and even criminal charges if they boycott the census – saying that if it were up to him, “they’d face more than criminal charges”.

Meanwhile, VMRO-DPMNE President Hristijan Mickoski, who said that he will not allow unvaccinated census workers in his home, is scheduled to meet with Zaev on Monday, in a final attempt to talk him out of the crazy idea. Zaev appears to have a deal with the Albanian parties backing his Government to hold a “corona census” that would inflate the number of ethnic Albanians by including large numbers of emigrants from Macedonia, while depressing registration among actual residents.