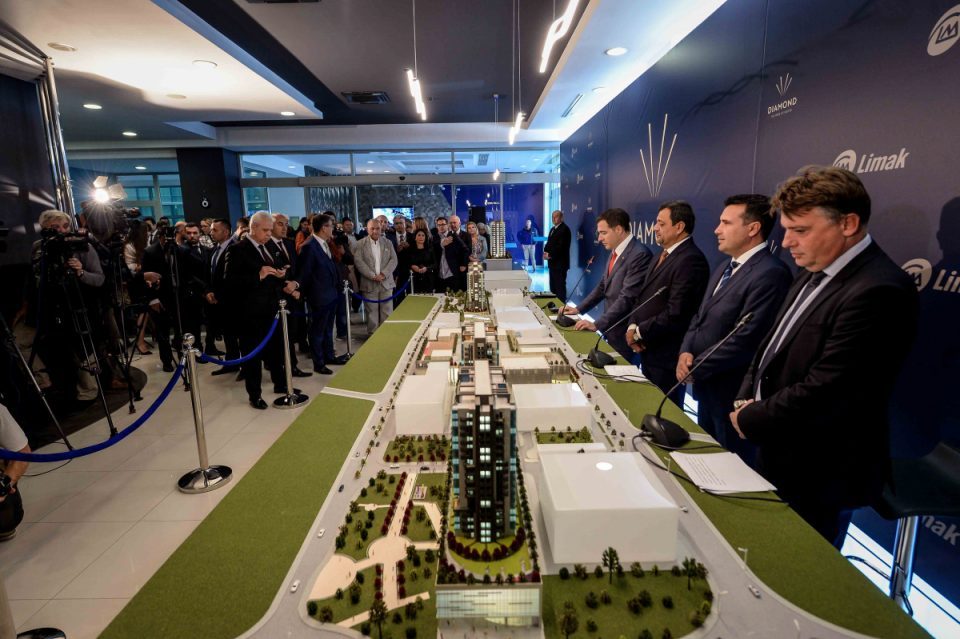 The Centar municipality in downtown Skopje has received over a million EUR from the Turkish developer Limak and council members are beginning to ask questions where are the money going to.

Limak is developing the major Diamond of Skopje business, hotel and shoping center project, spanning the downtown, near the Old Railway Station and along Jordan Mijalkov street. For this purpose, the Turkish company is appropriating the South Boulevard for development, but is obliged to build a subterranean boulevard that will serve the same purpose. Delays in opening this line have prompted penalties amounting to 80,000 EUR a month.

Nothing gets done in the municipality and huge sums of money keep pouring in. I ask Mayor Bogdanovic what is he doing with the penalties he is collecting?, said opposition VMRO-DPMNE council member Antoaneta Trajkovska.

She pointed to a numberr of planned projects which are not being built, such as the hyped air purification tower or a removable parking space in Debar Maalo. “All of this was promised by Bogdanovic and nothing is being done. But we the second biggest by employee rolls in the city and the Mayor continues to appoint political cronies to the schools and other institutions”, Trajkovska said, adding that these funds could at least be put to use to buy computers for families who can’t afford to allow their children to attend online schooling.

Free parking in Centar for Christmas and New Year