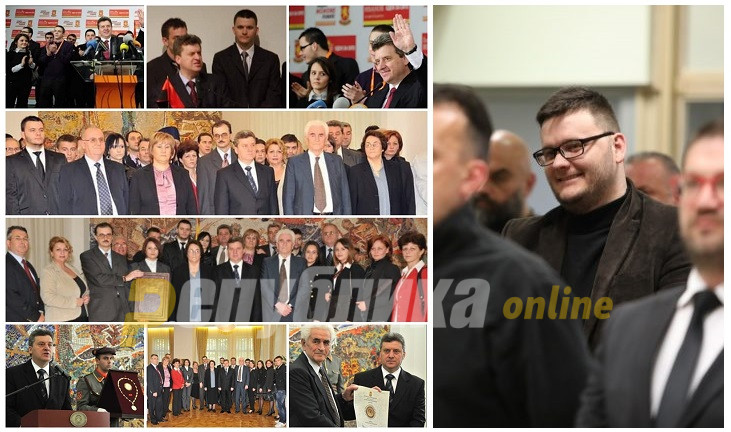 As President Gjorge Ivanov’s mandate expires, he decided not to award last minute pardons to the victims of Zoran Zaev’s campaign of political persecution. Some of those imprisoned, like the 16 men sentenced to lengthy prison terms in the April 2017 trial, publicly asked Ivanov for pardons. Others, like former ministers Mile Janakieski and Spiro Ristovski, who were attacked by Albanian terrorists in prison, were also high on the list of people who opposition supporters demanded receive pardons.

Ivanov faced some overt threats – Prime Minister Zoran Zaev named members of his office as potential defendants, and calls were made to arrest the President as well. It is widely rumored that he faced private threats as well and is being pressured to ease into retirement without making a last ditch effort to challenge Zaev’s increasingly authoritarian rule. The Justice Ministry, under Zaev’s control, said that even if Ivanov grants pardons it would not honor them.

One of the most prominent political prisoners Jane Cento, heir to the name of the legendary Prilep family which helped create modern Macedonia and faced serious retributions from the Communist regime for it, wrote an open call to the public not to condemn Ivanov for his refusal to grant pardons.

Don’t blame Mr. Ivanov for not using his right to put an end to the madness we all ive in. We don’t know the circumstances that occur behind closed doors, whether he is being exposed to pressure or blackmail. Not everybody has the character to resist. Our fight continues, wrote Cento, who was sentenced to 15 years in prison and was already attacked by prison guards while in detention.

His arrest is widely seen as a symbolic declaration of continuity in the ideological war over Macedonia, as the Zaev regime opted to arrest a member of the most prominent dissident family from Communist times – a family which fought for a Macedonia independent of Communist Yugoslavia.

Police preparing charges against 21 participants in the Cento riot

Culev: There is a political background to the incident in Skopje yesterday evening