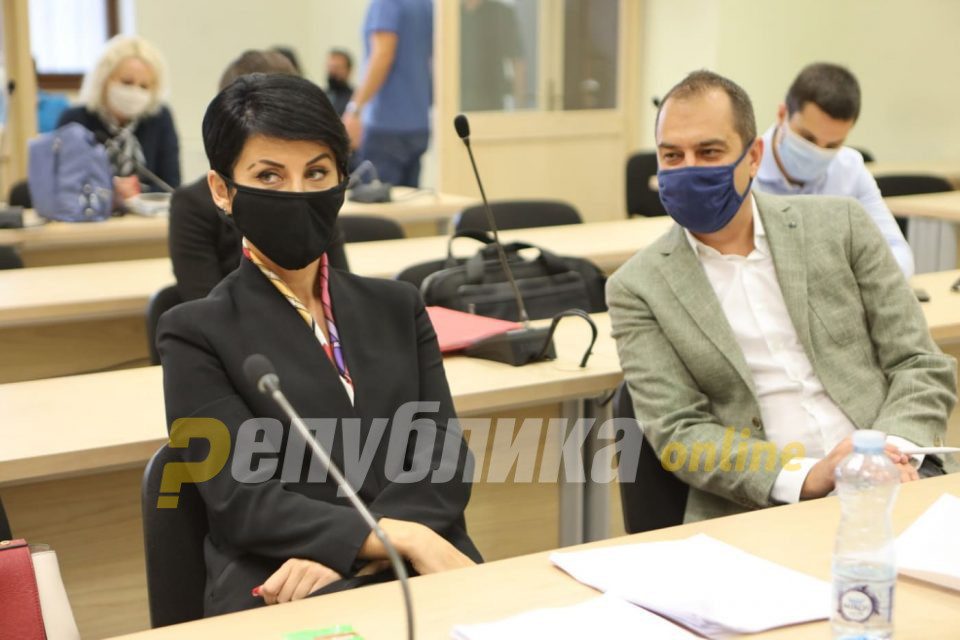 Fatime Fetai, prosecutor from the now disbanded SPO unit, announced today that she is withdrawing the charges against former VMRO-DPMNE member of Parliament Daniela Rangelova.

Rangelova was charged along with former Prime Minister Nikola Gruevski and former Minister Mile Janakieski in one of the cases that the SPO used to help bring down the Gruevski Government and install SDSM in power. Gruevski and the others were accused with ordering a protest in front of the Centar municipal building, in a case that Fetai and her then boss Katica Janeva declared – violent conduct.

As the court prepares to deliver sentences in another case aimed at former VMRO officials, the defense points to many similar cases that should apply to SDSM

Over time, Rangelova has moved away from VMRO and has sided with the ruling SDSM party, at times even being declared “favorite opposition member” by SDSM officials. She is highly critical of the current VMRO leadership, and it all led to allegations that SDSM is using the charges against her to use her in the splintering of the opposition – a common practice under the Zaev regime. The withdrawal of the charges against Rangelova today only reinforced this impression. Fetai