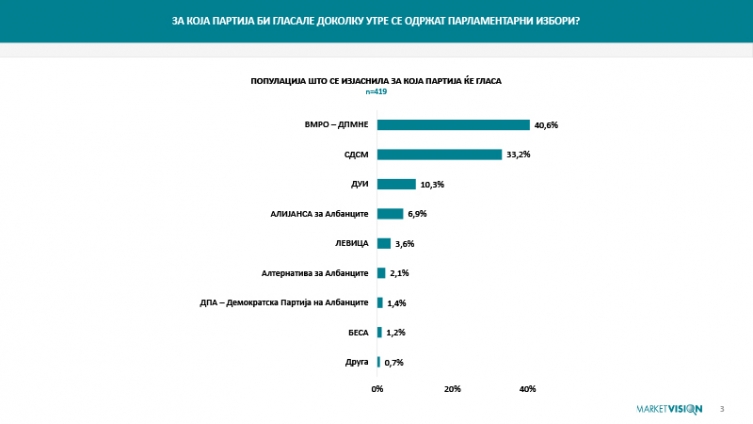 Macedonia is headed in the wrong direction, the judiciary has been rated very low in term of trust among citizens for years, fears of political expression, opposition VMRO-DPMNE is ahead of SDSM, and crime and corruption are at the top of the challenges the new government will have to face. These are part of the results of a MKD.mk telephone survey of 1,200 citizens conducted by “Market Vision” in the period December 12-20.

The survey shows that in terms of ratings for state institutions (mayor, president, prime minister, government, judiciary) no one scored higher than 2.61 (the president of the state). From 1 to 5, the judiciary got the lowest score (1.79), and the Prime Minister is clearly downward – from 2.61 in November 2018 to 2.40 in December. 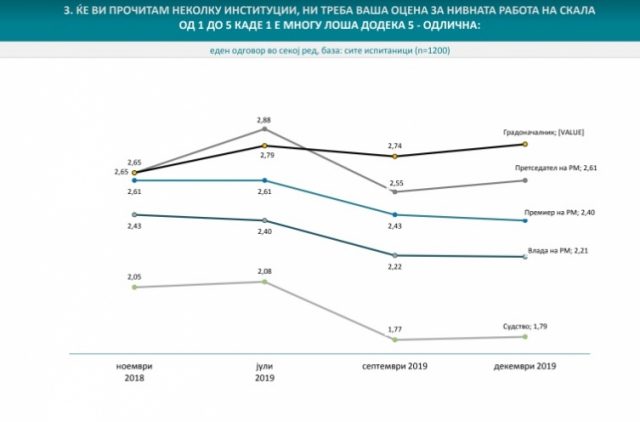 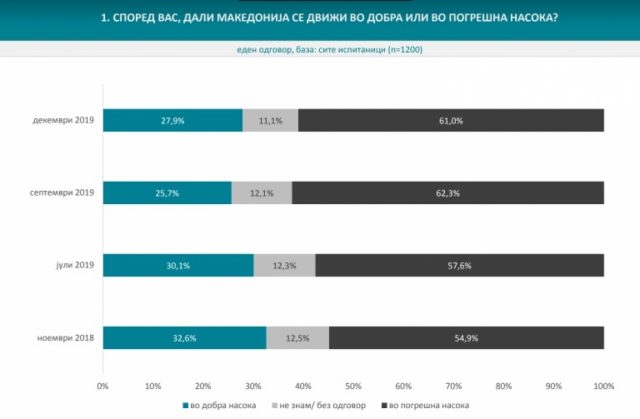 Regarding the political orientation of voters if parliamentary elections were held tomorrow, VMRO-DPMNE is (14.17%) ahead of SDSM (11.58%) of 1,200 respondents. 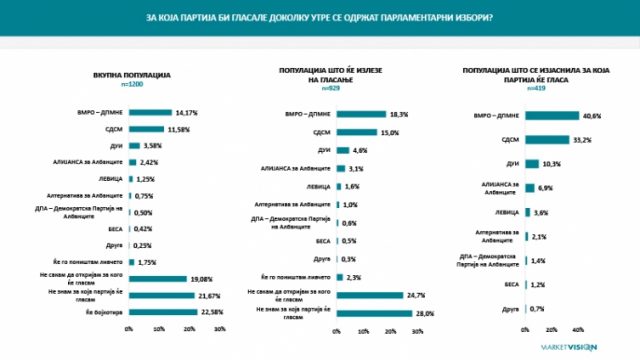 There is a high percentage of those who said they would boycott the elections (22.5%) and those who say they are still undecided (21.67%). 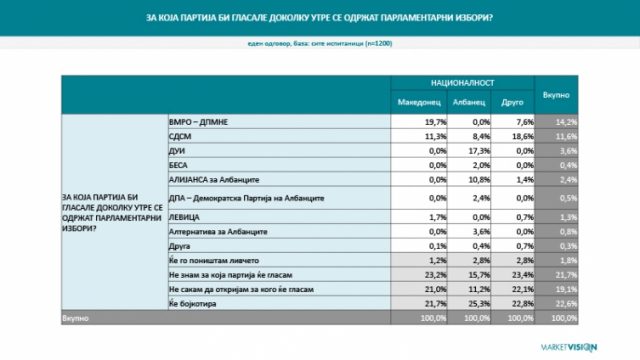 Also in the Albanian political bloc, the united opposition parties (Alliance for Albanians, Besa and Alternative for Albanians) could win more MPs than DUI. 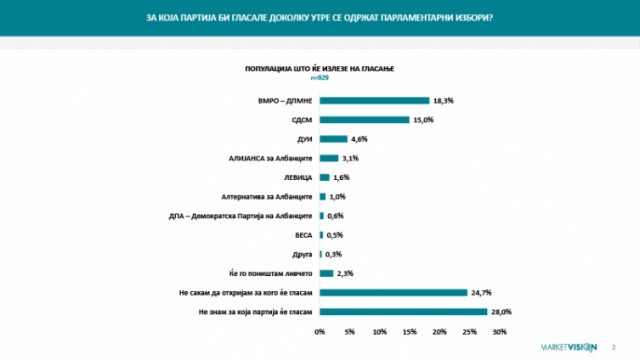 Among Macedonian voters, the difference between VMRO-DPMNE and SDSM is higher – 12.6%: 7.2%. The percentage of Albanian voters who would vote for SDSM is also high – 2.1%. 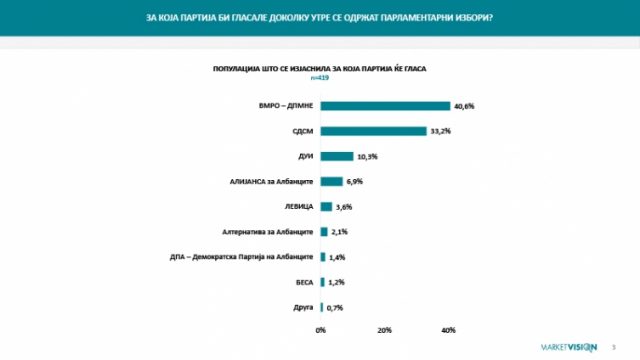 The survey was conducted on a representative sample at the level of Macedonia by: region, sex and age in terms of population estimates by the State Statistical Office for 2017. The Albanian population in the sample is represented by 20.7%.