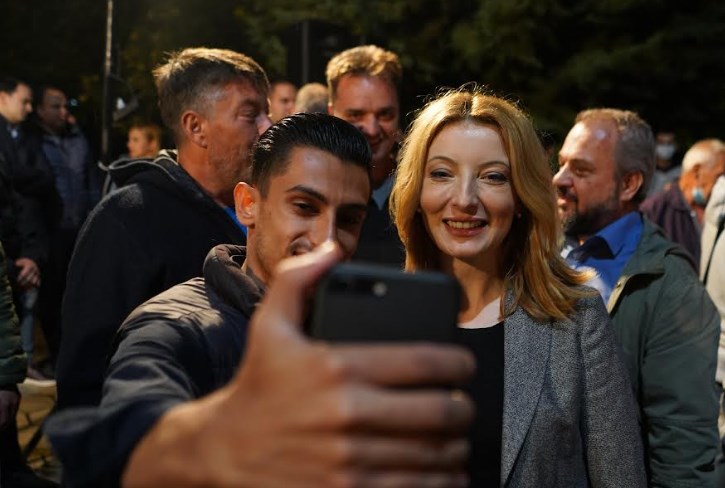 Skopje mayoral candidate Danela Arsovska met with voters in the Gazi Baba district today, where she discussed their infrastructure problems, which include lack of potable water and sewage.

It’s not humane to have people living like this in the 21st century, Arsovska said.

She promised a new bridge over the Vardar that would link Madzari with Novo Lisice, and a number of new roads that would help develop this industrial district.

A special project I have planned would secure the future of the Gazi Baba forest. It’s a priceless natural treasure in the heart of Skopje. We will add hiking trails, bike trails and gazebos here, so that all citizens of Skopje can use it, Arsovska said.