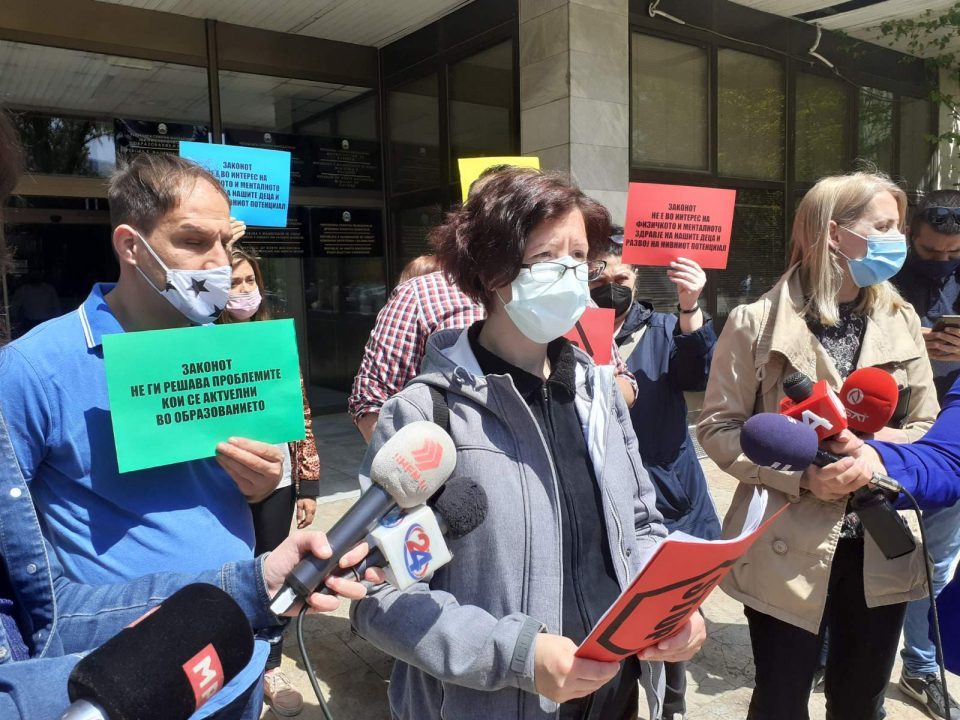 An informal group of citizens united via Facebook initiative with over 70,000 supporters asked Wednesday the Ministry of Education and Science to stop the procedure for adopting the bill enabling the switch to digital school books and announced boycott of classes tomorrow.

The initiators asked the Ministry to organize a public debate on the bill, and their experts to directly participate in its revision and interventions. According to them, the bill does not solve the problems that exist in education and generates new ones, contains inconsistencies and implications in other laws related to education in the country.

The bill is not in the interest of the future of children, their physical and mental health, the development of their potential, and will directly affect the health of parents, teachers and others involved in the educational process, said Dragana Spasevska, educator from Bitola and mother of three children.

She said that they are the “voice of the parents”, who warn that there are ruined schools in the country without normal teaching conditions, that every seventh child does not have an IT device and internet. She stressed that they are not against the modernization of education with digital tools, but that they should be additional aids, and that printed books should remain in use.

Spasevska said that “in order to understand the seriousness” of their intentions, tomorrow they will organize a boycott of classes – both online and in person, in primary and secondary schools, and if their request is not accepted, protests will follow where the resignation of Minister Mila Carovska will be demanded.

Digital textbooks bill returned to Parliament, will the “European flag” procedure be used to pass it quickly?

Students and teachers are against the introduction of digital textbooks