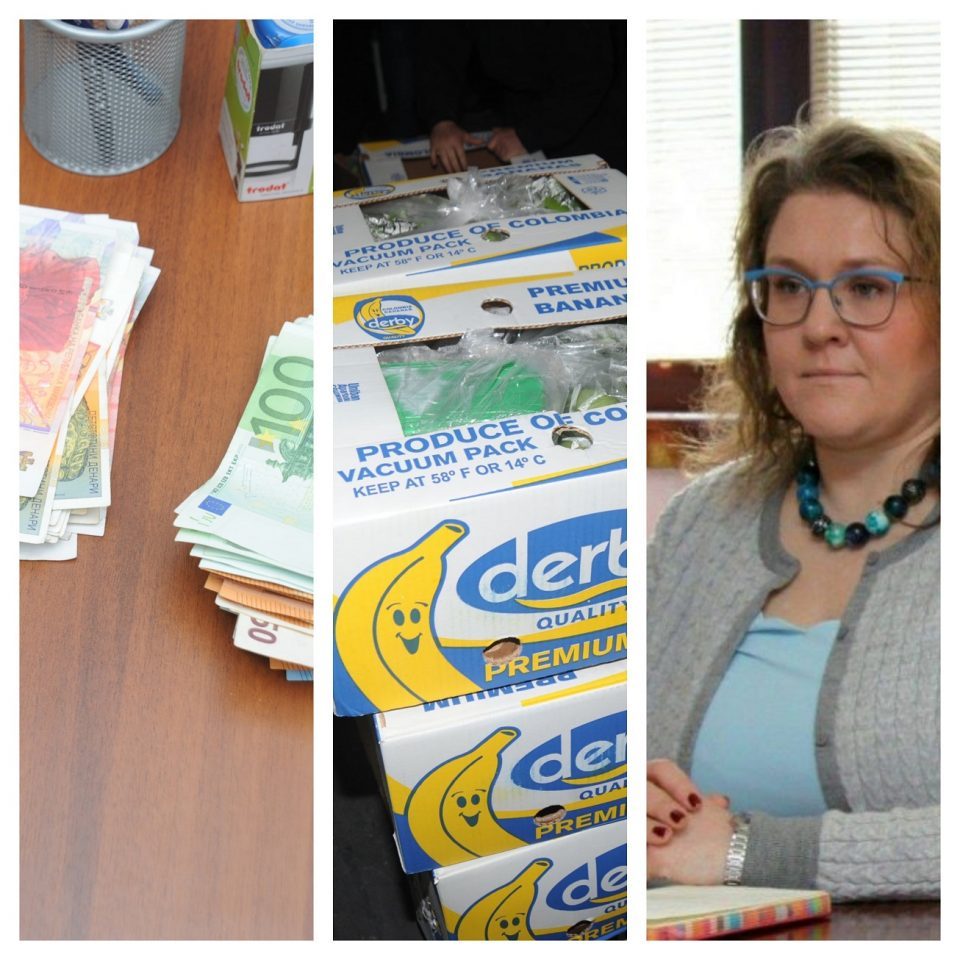 Zaev’s government and crime are in a coalition, and the latest confirmation of this is the information that persons who were smuggling cocaine from Mexico also won public contracts, says Orce Gjorgjievski of VMRO-DPMNE’s EC.

And today we learned from the media that there is a suspicion that the additional Deputy Minister of Interior Slavjanka Petrovska directly briefed the media on the course of the MoI operation, with which she put the lives of police officers at risk. So we have a cocaine smuggling company that won public contracts, and Slavjanka, Deputy Minister of Interior, who leaks information that endangers the operation, Gjorgjievski said.

He reminded that the Krusopek-based “Baneks” company, whose business was importing fruit, was also smuggling cocaine along with banana shipments.

And the same company on December 31, 2018, with a public contract, sold a vehicle to the Public Utility Company Tetovo worth one and a half million denars. It was a time when Zoran Zaev was prime minister, Oliver Spasovski interior minister and Teuta Arifi mayor of Tetovo as a candidate supported by SDSM, said Gjorgjievski at today’s press conference and asked who will be held responsible now?

Moreover, as Gjorgjievski said, there are well-founded suspicions that senior police officials, led directly by Deputy Minister Slavjanka Petrovska, jeopardized the operation of the special police force in Krusopek.

Crime flourished with Zoran Zaev and Oliver Spasovski. Drug cartels rule, not just the underground and the streets, but the entire state. The narco-government be stopped. On April 12, people will punish Zaev and Spasovski for their underground and crime spree. After April 12, the rule of law will be restored in Macedonia, Gjorgjievski said.