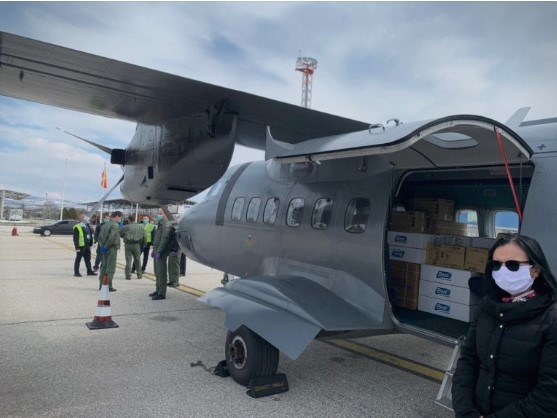 A few days ago, the first plane from Slovenia landed at Skopje airport with humanitarian aid of hundreds of thousands of protective masks and gloves for the Macedonian institutions. It is the only aid that Macedonia has received from another country during the pandemic with Covid-19 that has affected the whole world.

The leader of VMRO-DPMNE Hristijan Mickoski in an interview with a national television informed that the help from Slovenia arrived after his previous conversation with the Slovenian Prime Minister and it will be provided to those who need it the most and who are on the front lines in the fight against the invisible enemy.

Slovenian Prime Minister Janez Jansa also tweeted that the aid had been sent at the request of VMRO-DPMNE leader Hristijan Mickoski, who informed him that the coronavirus situation in Macedonia was worrying.

Immediately after the conversation with Hristijan Mickoski, in which he informed me about the serious situation in Macedonia regarding the coronavirus, we connected the Ministry of Defense of Slovenia with the Ministry of Interior of Macedonia to send aid to the friendly country. At the same time, I have personally called several EU leaders to remind them not to forget the Western Balkan countries. 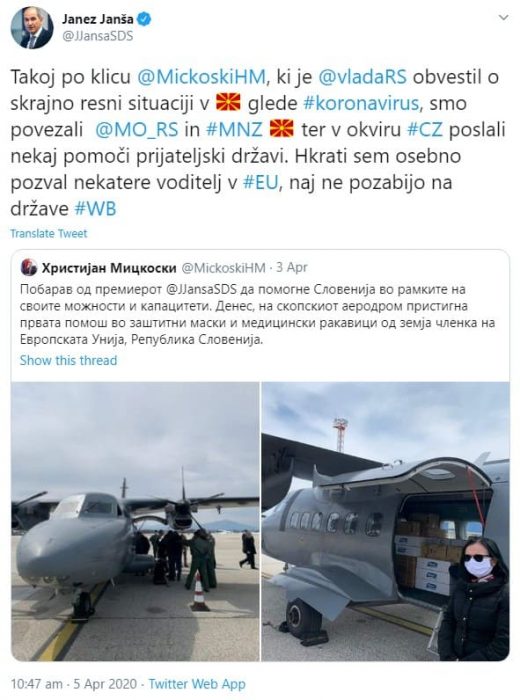 While the government is asleep and Filipce is playing a spokesman, Mickoski announced in a recent interview that another plane with humanitarian aid will soon arrive in Macedonia.

It will be from a friendly country and is due to arrive during the week, and will be realized again thanks to the leader of VMRO-DPMNE Hristijan Mickoski.