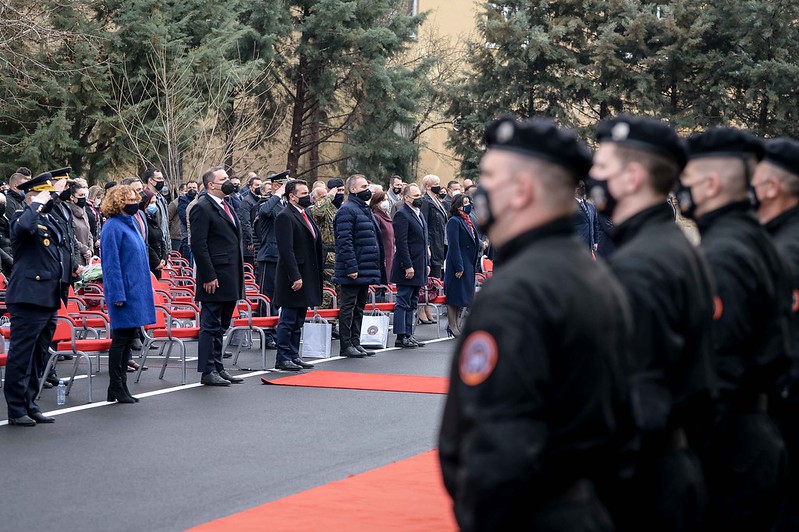 VMRO-DPMNE official and army colonel Dragan Kovacki called on the members of the special police units to resist attempts by Interior Minister Oliver Spasovski to use them for political goals. VMRO revealed that members of the so-called Tiger unit are being sent to cities which face narrowly contested run-off election votes on Sunday, and are told to help local SDSM party thugs in intimidating voters and distributing bribes.

We see outsized deployment of special police officers to a number of cities, under the guise of alleged plans to arrest drug dealers. What Minister Spasovski is doing is classic case of abuse of the police forces. We call on Oliver Spasovski to use the remainder of his term to serve the citizens, not just his own party. We also call on his subordinate officers and commanders to be worty of their office and to reject all attempts to abuse the police. Violations will be acted upon after the Government is replaced. Don’t follow Zaev and Spasovski. They are drowning, but you don’t have to go down with them, Kovacki said.