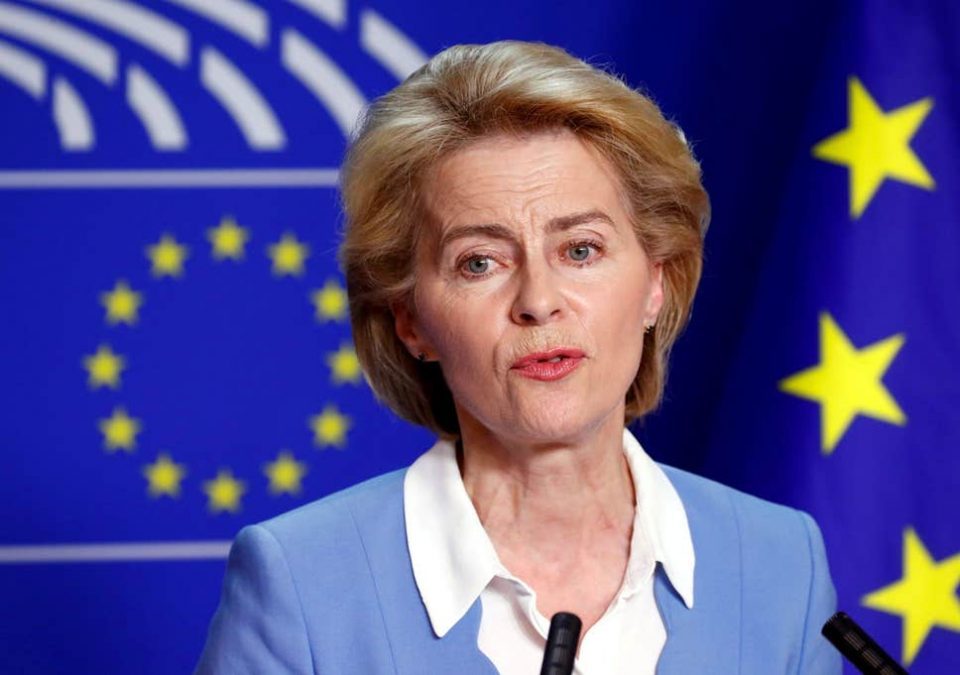 In response to questions from the Progressive Alliance of Socialists and Democrats (SD) in the European Parliament, von der Leyen said “she is committed to opening negotiations with Albania and North Macedonia about future membership in the EU” — a step that some EU leaders, including French President Emmanuel Macron and Dutch Prime Minister Mark Rutte, have resisted so far.

In her letter to the SD, ahead of tomorrow’s vote in the European Parliament on her election as the European Commission President, von der Leyen also said she plans to propose a “new pact” on migration and asylum to the EU.

We need a new way of burden sharing. We need a fresh start, she said.

Last week, during her address at the European Parliament von der Leyen, said that Macedonia is a “bright example” of what “a country can really achieve when it has a clearly determined goal – the integration in EU”.

We need to approach the West Balkans more seriously, and North Macedonia is one of the brightest examples for a positive progress, von der Leyen said, pledging for open doors to the countries of Eastern Europe and the Western Balkans seeking EU membership.

Von der Leyen: New enlargement rules should not apply to Skopje and Tirana