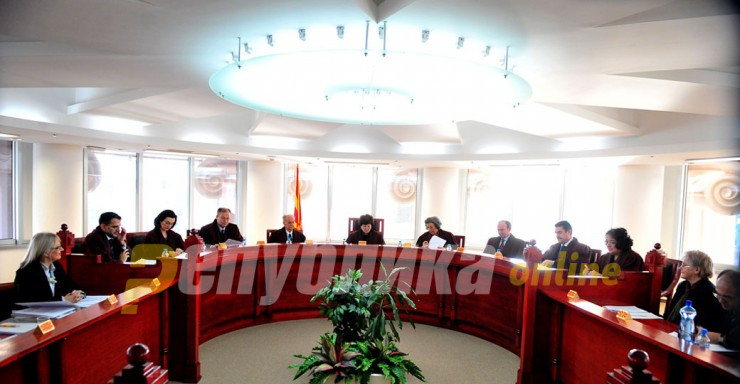 The Constitutional Court sent out a press release condemning the public criticism it is exposed to after deciding to pick up two cases which could end up pardoning a large number of politicians and political activists from charges handed down during the on-going, five years long political crisis. Political parties across the spectrum strongly condemned the move by the Constitutional Court to begin working on these cases, especially the one that could restore the 2016 pardons given by President Ivanov, even as it seems clear that the parties are secretly happy with this development.

Our fundamental values are the rule of law and division of power. It is unacceptable for us to have someone interfere in our work and our decision – making process. The decisions of the Constitutional Court are final and must be upheld, the court said in its press release.

Both outgoing Prime Minister Zoran Zaev and opposition leader Hristijan Mickoski condemned the decision by the justices to put the 2016 amnesty law up for debate as early as this week. If the court strikes down the law, it would mean an end to dozens of criminal investigations, most of them initiated by Special Prosecutor Katica Janeva, and would constitute the final blow to her campaign to persecute official from the VMRO-DPMNE party. VMRO believes that Zaev, while critical of the law, would be secretly happy to see the Court restore the undisputed right of a President to pardon politicians, given that now his SDSM party holds the Presidency, and Zaev, but also his ally Janeva, are facing numerous corruption allegations

The other case before the Court regards the 2019 amnesty law spearheaded by Zaev that pardoned three VMRO-DPMNE members of Parliament charged with “terrorism” over the April 2017 incident in the Parliament, whose votes Zaev desperately needed to change the name of the country. The challenge to the law calls for all participants in the protests to be pardoned, and not just the protest organizers and the members of Parliament. Sixteen people, including former Interior Minister Mitko Cavkov who investigated Zaev for corruption in the past, were sentenced to lengthy prison sentences even as the members of Parliament who voted for the name change walked free.