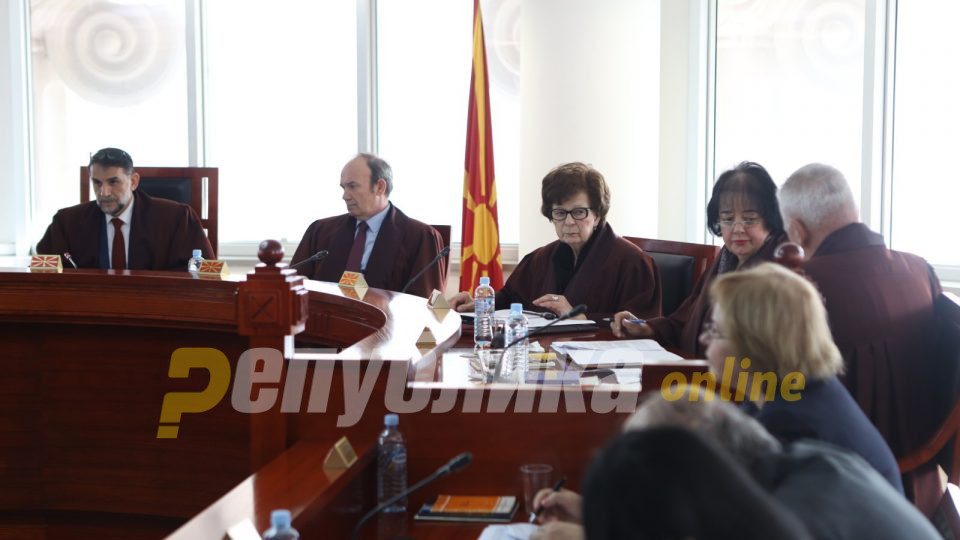 The Constitutional Court rejected a request from the lawyers representing former Interior Minister Mitko Cavkov to amend the amnesty law brought at the start of 2019.

Under the law, three members of Parliament from VMRO-DPMNE – Krsto Mukoski, Ljuben Arnaudov and Saso Vasilevski, as well as a number of organizers and activists who participated in the April 2017 incident in the Parliament, were given amnesty. A group of other protesters, who were deemed violent, were sentenced to lengthy prison terms. Cavkov and a few police officers were also sentenced for allegedly failing to control the situation once the rioting began sparked by the decision of the now ruling SDSM and DUI parties to stage an irregular vote for a Parliament Speaker. A total of 15 people were amnestied with the law.

The amnesty was mainly given to get Mukoski, Arnaudov and Vasilevski to join with the SDSM party and vote in favor of renaming Macedonia. The three members of Parliament were detained and released as the negotiations with them progressed, and were finally let go just as the name change was being put to vote. This left an impression of complete violation of the rule of law in the public, a sense that only got worse with the growing judicial scandals that followed.

Cavkov’s lawyers objected to the law, insisting that the Parliament should have amnestied all participants in the protests, and those in the Interior Ministry who are sentenced for alleged inaction. But, the Constitutional Court today found that the Parliament has the right to give selective amnesties. This means that Cavkov, Jane Cento – the great grandson of Macedonia’s first President Metodija Andonov – Cento and more than a dozen other protest participants will likely remain in prison.

Court orders detention for all 16 defendants in ‘April 27’ case

Cavkov, who like Cento did not even ask for an amnesty from the court under the law, responded to the court’s decision through a Facebook comment:

I did not file for an amnesty out of conviction that this law is part of a political process that was going on side by side with our trial, and was finalized with amnesties given only to those who were parties to the political bargaining, and who were detained only to be forced to vote for the name change. It was a selective approach, it harmed the rule of law, and the principle of no impunity. Justice was not served. Now, the Constitutional Court reinforced this approach. It enshrined the practice of using judges and prosecutors and unconstitutional laws for political trades and influence peddling. This directly undermines the rule of law in our country. In the meantime, we have clear acknowledgement from the holders of political power who explicitly explained to the public why this amnesty law was passed. This battle is lost, but we will win the war in Strasbourg, Cavkov said. He is referring to a comment from Justice Minister Renata Deskovska, who recently said that the amnesty law was only adopted to get the three VMRO members of Parliament to vote for the name change.

This was one of the two cases of amnesty up before the Constitutional Court. The other could have the court re-introduce the 2016 pardons President Ivanov gave to five dozens of top political leaders. This decision is currently subject to intense political fighting between SDSM and VMRO, who both claim that the other side is approaching the issue with ulterior motives.