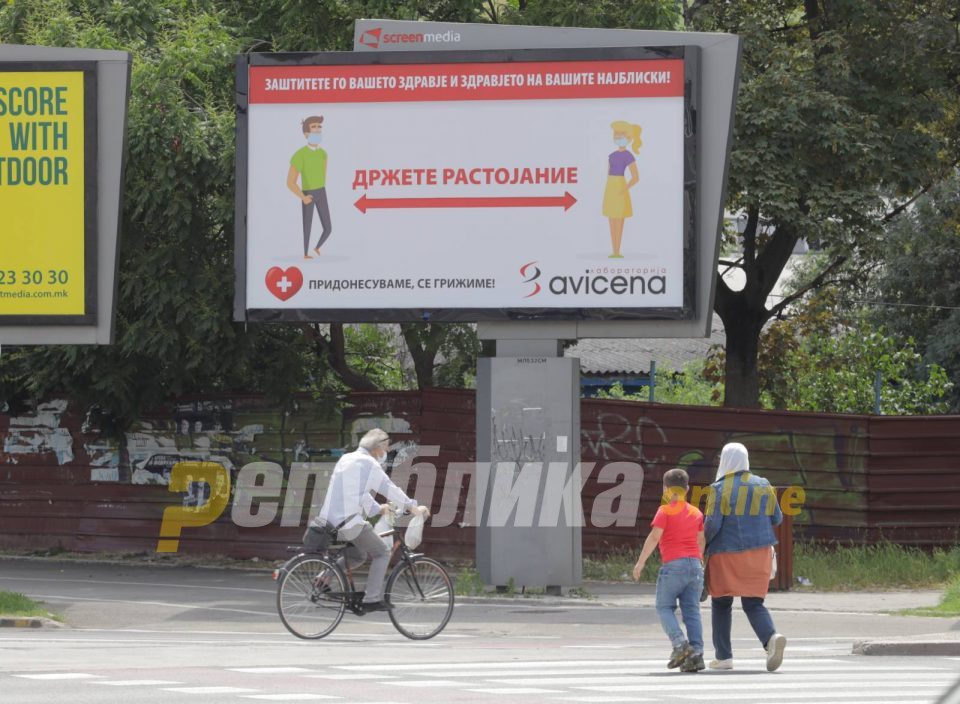 The number of patients treated in the now three clinics in Skopje set aside for the most serious Covid-19 cases has dropped slightly to 229, after reaching 250 yesterday, and there are more than a 100 patients treated in hospitals in Bitola, Stip, Prilep and other cities, bringing the total over 350 hospitalized patients.

There are five patients on mechanical ventilation in the “8th of September” hospital in Skopje, while over 30 patients are receiving supplemental oxygen in the Infectious Diseases Clinic. The third clinic in Skopje – Kozle children’s hospital – cares for one child and 11 adults. Some of the patients in the overcrowded “8th of September” hospital are being sent to Kozle to reduce the pressure on the employees in the former facility.

The daily report published by the Healthcare Ministry reported eight fatalities over the past 24 hours, the youngest aged 47, 56, 57 and 59. Skopje’s Cair district remains by far the worst affected part of the country, with 413 active cases – attributed to the lingering effect of the violation of social distancing during the Muslim month of Ramadan. Other parts of Skopje with significant Muslim populations, like Gazi Baba, Saraj and Butel also have high numbers of active cases – all between 130 and 150, and the high density Aerodrom, Centar and Karpos districts also have between 120 and 140 cases each.