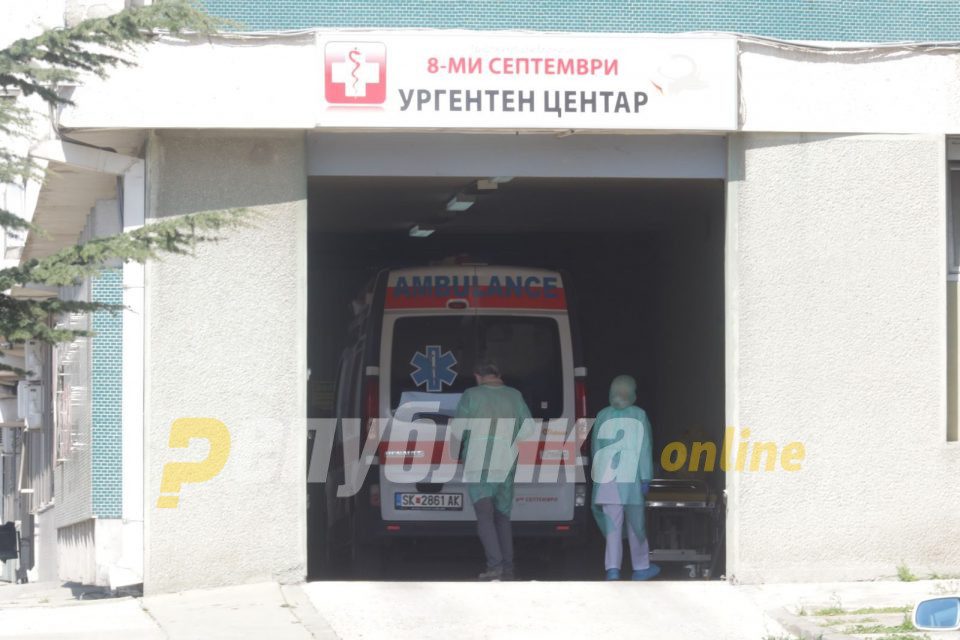 The Healthcare Ministry reported that four patients died of Covid-19 over the past 24 hours, and 126 were newly diagnosed with the disease. Macedonia had its worst toll of the epidemic yesterday with 12 deaths.

In break with past press releases, the Ministry did not provide details about the deaths reported today, other than that the patients were from Skopje, Prilep, Tetovo and Gostivar.

Most of the newly diagnosed cases were again in Skopje – 66, with Tetovo second with 19 and Stip third with 15 patients. Skopje is worst hit by the Second Wave, that was largely caused by violations of coronavirus restrictions during the Muslim month of Ramadan.

As warned earlier today, 18 new patients were admitted to the “8th of September” clinic, which treats the most difficult cases. Director Kostov said that all cases were very serious and he pleaded with the public to come sooner to seek treatment and also urged for more resources to be made available, given that his staff is exhausted after bearing the brunt of the epidemic for months.

There were also eight new patients admitted to the Infectious Diseases Clinic in Skopje, which treats 92 patients in total – almost half of them receiving supplemental oxygen. The Kozle children’s hospital has 23 adult patients and seven children – three of whom are confirmed to have the virus. More than 120 patients are also treated in Bitola, Stip, Tetovo, Ohrid, Veles, Kumanovo and Prilep.