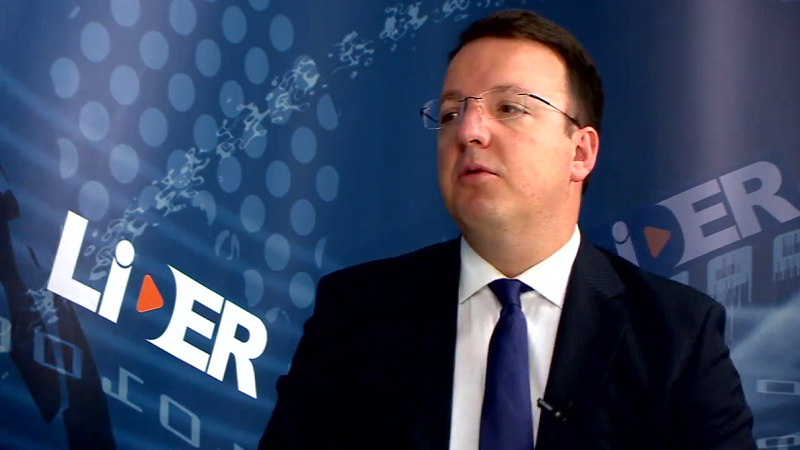 The sad truth is that, even with a changed name and a bad treaty with Bulgaria, the Zaev Government was not able to get even a date to open EU accession talks, let alone actually open them, said VMRO-DPMNE Deputy President Aleksandar Nikoloski. Following the outcome of the meeting of European ministers in Luxembourg. In an interview with Lider, Nikoloski said that Macedonia has a disastrously low level of reforms and did not push to decouple from Albania, all leading to today’s defeat.

The best thing Zaev could do now is to resign, Nikoloski said, so that we can at least try and save something in 2020, under a VMRO-DPMNE led Government, Nikoloski said.

He discussed the major corruption scandals, which continue to shake Zaev’s Government, and which clearly contributed to the outcome in Luxembourg.

We wanted to see the country be given a chance, but the fact is that, with the latest corruption and racketeering scandal, which now has more sequels than Rambo, Macedonia can’t expect to begin he accession talks. Our citizens must understand that this is a political decision, made by politicians who represent their own countries. They are also elected and need to be re-elected. Their own voters will ask them: why are you doing this? Why are you admitting a country whose politicians are this corrupt? Are you not seeing that?, Nikoloski warned.

According to Nikoloski, European officials informed their Macedonian colleagues of the coming negative outcome, but still, the Zaev Government did not reposition itself, by asking for a clear decoupling from Albania, by implementing reforms and most of all, refraining from corruption. Nikoloski said that, even while being persecuted by the Zaev Government, VMRO-DPMNE did all it could to lobby for enlargement.

At this point, the most skeptical toward enlargement are the left wing, the liberal politicians, who are allied with SDSM. The ones who are pushing for enlargement are from the European People’s Party whose leader Joseph Daul was the only European party leader to send a letter in support of the accession date. No socialist or liberal leader did this. Angela Merkel is the head of the biggest power in EU, also from EPP, Viktor Orban and the Visegrad Four are either EPP or conservative. The only ones who lobbied for Macedonia were our friends from the right. We did more than we could but at the same time we can’t fool them and hide the fact that they are dealing with a corrupt gang, Nikoloski said.

Regarding the failed decoupling, Nikoloski insists that the Macedonian Government did not make any move to distance itself from Albania and ensure a better position to open its EU accession talks. According to Nikoloski, this is due to the bargain which Prime Minister Zoran Zaev struck with Albanian leader Edi Rama in 2017 – to get the Albanian votes in Macedonia, but in exchange to subvert Macedonian national interests to Albania.

Meeting a European affairs minister from a major EU country last week, I asked about decoupling. The answer was: “My country is opposed to decoupling. Nobody from Macedonia asked for such a thing. Not even during my meetings in Macedonia this morning”, Nikoloski said in his interview with Lider.

He demanded resignations and accountability in the Government for failing to make steps toward this natural option that would have improved Macedonia’s position. According to Nikoloski, Deputy Prime Minister Bujar Osmani was conducting a completely uncoordinated campaign along with Foreign Minister Nikola Dimitrov, and the two would even ask for meetings with same European officials at the same time. With the Netherlands strongly opposed to accession talks with Albania, Macedonia today sat on the sideline and watched as a number of countries, including Italy, the Baltic countries, the Visegrad countries, Croatia, even Germany, come out in opposition to decoupling. Earlier, Greece and to a lesser extent, Bulgaria, made the same position, effectively dooming Macedonia’s chances.

A smart Government would have spent its entire time lobbying from one capital to the other to have Macedonia decoupled from Albania and to ask for a list of specific reforms we could implement to receive a date for accession talks this year. Instead, they are involved in corruption at home and are extorting millions of euros in bags. This is how we got to this point, Nikoloski said after the bad news from Luxembourg.

He insists that this course was charted as far back as the Tirana platform in 2017, when Zoran Zaev committed himself to a list of maximalist Albanian demands for concessions in exchange for their support to form a Government. This platform was coordinated by Albanian Prime Minister Edi Rama, who later quickly shot down a brief attempt by President Stevo Pendarovski to push for decoupling.