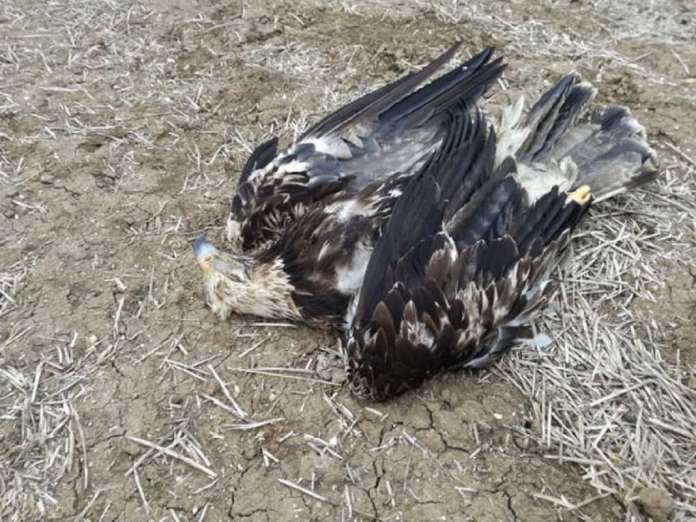 Two imperial eagles (Aquila heliaca) were found poisoned in the village of Crveni Bregovi, near Kavadarci.

Local environmentalists say that one of the birds was tagged with a satellite receiver for the past five years to help study the critically endangered birds. This allowed the environmentalists to find the bodies, and they presume that the cause of death was poisonous animal bait left on the ground, after a jackal was also found dead near-by.

We hope that the people who poisoned this precious couple of birds will be found and punished, said Emanuel Lisicanec, from the Aquila environmental organization in Kavadarci.

It is believed that there are several dozens of imperial eagle couples living in Macedonia.