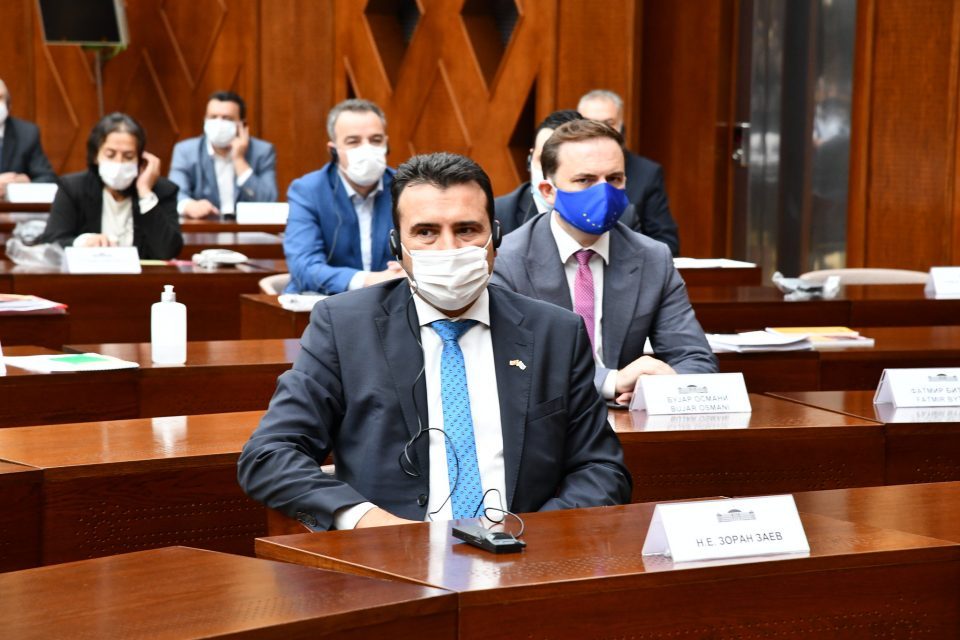 For the first time in the history of Macedonia, the Prime Minister requests a confidence vote in the Government. And while it may sound like a bold move at first, the despair becomes clearer – to use the crisis situation to save his position. Out of the blue and without the possibility of a three-day debate, Prime Minister Zoran Zaev at today’s Parliament session asked the MPs to hold a government confidence vote. Zaev said that according to the Constitution and the Parliament’s rules of procedure, the Prime Minister has the right to orally request a vote of confidence in the Government.

Although seemingly brave, Zaev’s move was quite cowardly, and it was immediately pointed out to him by the opposition in Parliament.

Not only is it the first time to avoid a three-day no-confidence debate, but it is also the first time a government only a few months old has been put before lawmakers, which in a way shows that Zaev is seriously concerned and desperately buying time for a fragile government. Symptomatically, this move is decided by Zaev while the leader of the opposition is fighting the coronavirus and is in isolation. With this hasty and smuggling vote, Zaev only confirms the latest rumors that his coalition is on the verge of collapse, especially since both the LDP and DS MPs decided to act independently, and the confidence vote reflects how much distrust he has in his coalition partners.