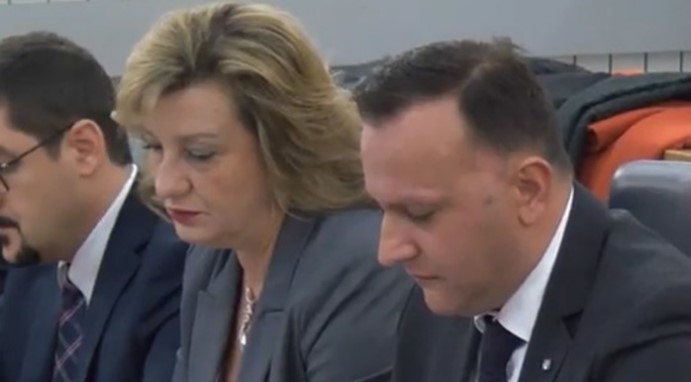 Following the open calls from the outgoing Prime Minister Zoran Zaev to the judiciary to deliver verdicts against his political opponents, the court in Skopje today sentenced the former manager of the large publicly owned ELEM energy company Dejan Boskovski and two of his assistants to three years in prison each.

The trial was one of the cases initiated by the now thoroughly discredited Special Prosecutor’s Office. It charged Boskovski and the two IT officials of commissioning a workflow management program that failed to come into full effect. The court also demands that the two officials pay damages of 50.000 EUR in total, and advised the ELEM company to sue them for additional 150.000 EUR.

Trajce Pelivanov, a prosecutor who worked under Katica Janeva, who is now charged with racketeering and abuse of office, represented the charges. Dejan Boskovski is the husband of former Deputy Justice Minister Biljana Briskovska Boskovska under the VMRO-DPMNE led Government, who is believed to be the main target of this trial.

Zaev has been trying to get the courts to do even more of his bidding in the past several months. He announced a push to vet judges which was rejected by the European Union, and he followed up with calls to the anti-corruption watchdog and the Judicial Council to go after judges who fail to give him the guilty verdicts he demands against his political opponents.