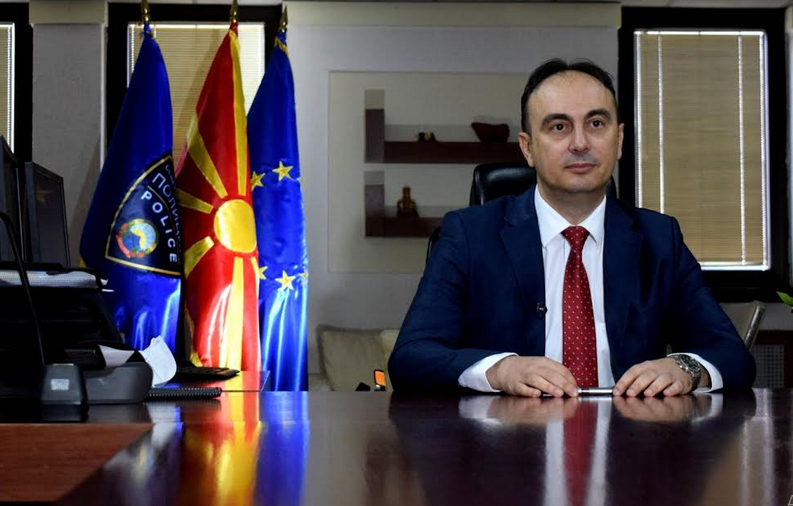 Statistical data shows that police officers have in the past few days risen to the task and made public health a priority. The Interior Ministry was tasked over the long weekend with monitoring the implementation of the curfew and personal protection measures and inspected together with the State Market Inspectorate catering facilities, Interior Minister Nake Culev told a press conference Monday.

1,777 people, Culev added, were caught during this period without appropriate protective equipment, i.e. face masks, with the majority of such offences registered in Strumica (417) and Ohrid (356). A total of 8,188 people have been caught disobeying this measure thus far.

Over the weekend, the Interior Ministry together with the State Market Inspectorate conducted 1,543 inspections in catering facilities and registered 22 violations, 18 of which in Ohrid and four in Strumica.

According to Culev, the Interior Ministry issued during the long weekend 1,648 isolation orders, while 584 people signed self isolation statements. During that period, 8.701 police controls were conducted to check whether people were abiding by stay-at-home orders.

The Minister called on citizens to abstain from unfounded attacks against the police.

I’m aware people are dissatisfied with movement restrictions, but this measure aims to protect public health and was proposed by the Infectious Diseases Committee. The Interior Ministry is tasked with monitoring its implementation, Culev said.

He also stressed his position that the Interior Ministry should function in a professional manner, favor no one and abide by laws.

Culev: Activities aimed at bribing voters will be sanctioned severely