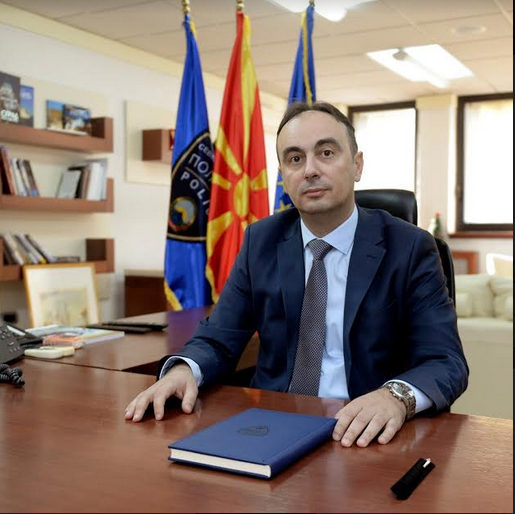 Interior Minister Nake Culev spoke to Republika about the propaganda attacks he has faced from the ruling SDSM party as the coronavirus epidemic took a strong turn to the worse. SDSM quickly coordinated a series of public appearances in which its officials and supportive public commentators blamed the second wave on Minister Culev, the only high level opposition appointee to the Government. Culev told Republika that this is an outrageous politization of the crisis and a violation of the principle that all members of the Government should work toward the same goal.

We have daily low class political provocations whose goal is to distract from the inefficient policies of crisis management. The Government is trying to obscure its own responsibility and lay the blame on me, as the only opposition member of the Government. We have a high level of politization in the work of the Interior Ministry. The head of the uniformed police (BJB) is giving political statements written in the SDSM party office located two doors from his own office, that don’t correspond to the actual situation. We had numerous orders sent from the BJB director and the Deputy Interior Minister to Ministry officials who were told to ignore my orders and only follow the orders of the BJB director. Instead of protecting public health, we have attempts to protect the poltiical ratings of one party, Culev said.

Shortly after the extent of the second coronavirus wave became clear, and it was realized that it corresponds to violations of restrictions during the Muslim month or Ramadan, SDSM accused Culev for the situation, saying that he was supposed to use force to break up the traditional iftar dinners held all night long for an entire month, frequently by large groups of men that include family members and neighbors. But within days it became clear that SDSM officials attended such dinners and now dozens of SDSM officials are either infected or in quarantine, especially as the party also held pre-election meetings and campaign events. Culev said that the relaxing of restrictions two weeks ago, ordered by SDSM as the party wanted a sense of normalcy and quick elections, was the real mistake.

Our experience on the ground was the the citizens broadly uphold the restrictions that were introduced. I have criticized some of the policies, as they were based mostly on political considerations and not on actual facts. This became most prominent as an attempt was being made to hold early general elections as soon as possible. Sadly, there is significant political influence over the Committee on infectious diseases and its recommendations are generally accepted without objection by the Government and have serious influence over the state our country is in. I believe that some politicians were in a hurry to prepare elections and forgot about public health and we are now where we are, Minister Culev said.

The biggest and most recent incident with the abuse of the police for political goals was the raid against a restaurant where opposition leader Hristijan Mickoski was having lunch.  Riot police was sent to the premises to seize the cameras in the latest attempt of the SDSM party to prove that Mickoski was not maintaining proper social distance and the Government has held two press conferences on the issue so far, while no similar attention is paid to the dozens of quarantined SDSM party officials and their violations.