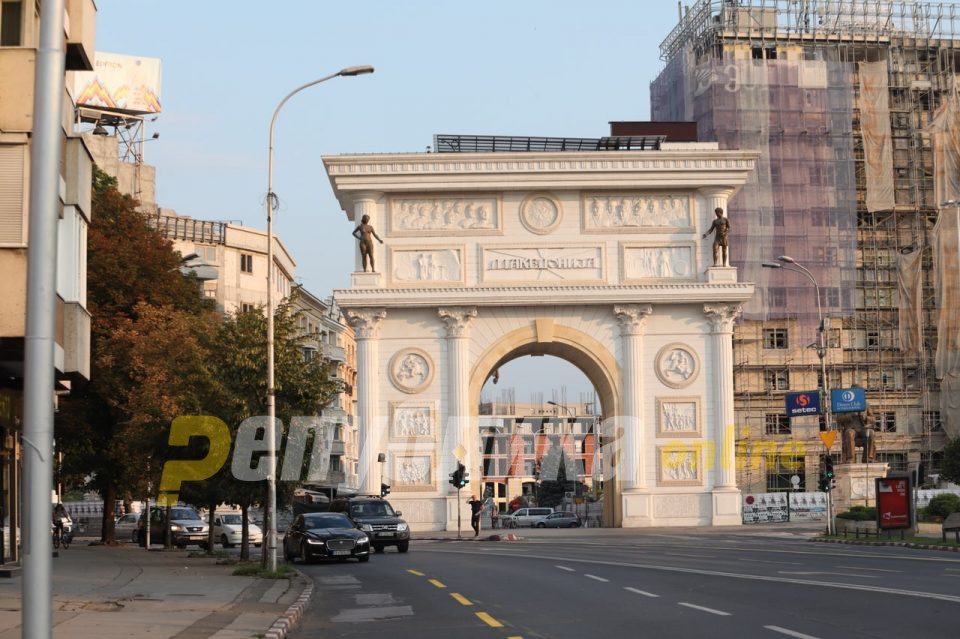 The Culture Ministry revoked its protection of the Macedonia Gate in downtown Skopje as a cultural monument. This opens the possibility to have the monument demolished, if the Culture Ministry, as its investor, decides so.

The monument was particular target of attack by the left wing activists in the now ruling SDSM party during their 2015 Colored Revolution. They threw paintballs at the Gate that is decorated with relief of events from Macedonian history. SDSM insisted that it will demolish much of the Skopje 2014 urban renewal plan pushed by the VMRO-DPMNE party, but has done little in this regard since grabbing power in 2017, except to abandon several unfinished public buildings and monuments as they were. But now that the Culture Ministry is ran by left wing activist Irena Stefoska, it has the option to make good on its threat.

Neighboring countries, especially Greece, also objected to the monument as they lay claim on Macedonian history. SDSM has been eager to accommodate their demands.