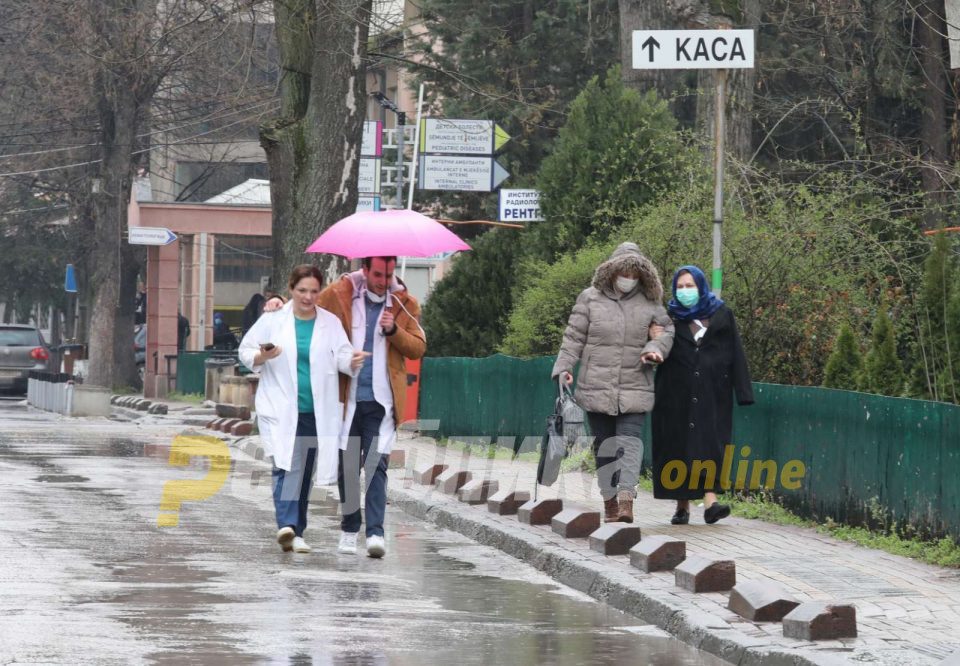 The number of newly diagnosed coronavirus patients dropped to 438 today, from a high of 535 yesterday. The number of tests that were conducted to get this result is also slightly down by a hundred – to 2,306.

This is the first daily report with a decline in the number of cases since the current spike began late last week (setting aside the weekend when there is a far lower number of tests that are conducted). Skopje registered 200 of the new cases, Strumica had 30 and Tetovo 27.

The Healthcare Ministry also reported that there were 6 deaths during the past 24 hours. The deceased patients were from Skopje (3), Kriva Palanka, Strumica and Stip, and were aged between 64 and 78. This brings the total death toll of the epidemic to 821.
The number of active cases is estimated at 4,837 – 2,290 of whom are in Skopje and 334 in Strumica. The cases in Skopje are mostly distributed in the high density parts of the city.

There were 17 patients admitted to the two main clinics in Skopje where the most severe coronavirus cases are treated, bringing the total to 141. Two patients are on mechanical ventilation and 65 are receiving supplemental oxygen. In other hospitals across the country, 36 patients are treated in the Bitola regional center, 46 in Stip and slightly under 230 are treated in various general hospitals across Macedonia. The Kozle children’s hospital cares for six children and eight mothers who have the virus, as well as for two mothers who are still being diagnosed.