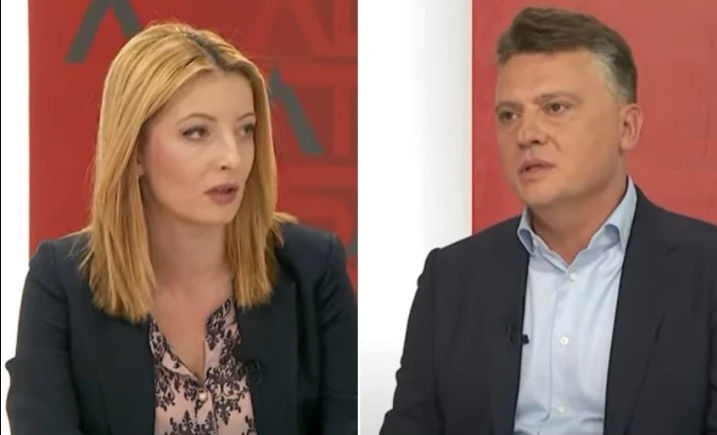 Skopje mayoral candidate Danela Arsovska said that she will not debate the SDSM candidate and incumbent Mayor Petre Silegov until he apologizes for the ugly campaign he is running. Silegov was on the stage, sneering, when his leader Zoran Zaev made a rude hand gesture aimed at Arsovska.

Since then, the SDSM social media team has begun circling rumors about Arsovska, alluding at unsubstantiated criminal actions by her father, her alleged lovers and so on.

I believe that the voters will understand that this dark campaign comes from the fact that Silegov did nothing for four years. I also expect that this type of campaigning on his part will intensify in the coming days, Arsovska said.

She won the first round by about 8,000 votes, on the back of the wave of election victories VMRO-DPMNE won across the city and in other major urban centers. The margin of defeat was so large that Zoran Zaev pledged to resign as Prime Minister if Silegov loses in Skopje. Zaev hopes that this will have the effect of energizing his voters who sat out the first round, but in fact it could also energize the opposition voters who want nothing better than to see his rule end.