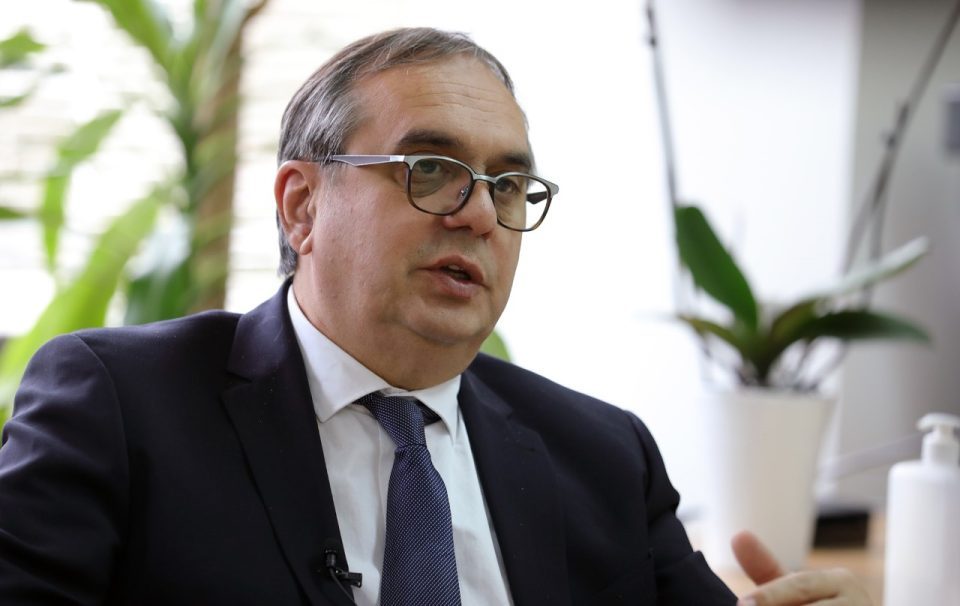 The State Election Commission (SEC) is maximally prepared for the local elections, the chairman of the Commission Aleksandar Dastevski said in an interview with MIA, emphasizing that there are no ideal elections, but he hopes that they will be much better than any other so far, because fingerprint devices will be used during the voting process.

There may be some problems, but it will prevent most of the irregularities that existed in our country. That is why the big parties agreed to introduce this way of voting, says Dastevski in the interview.

He emphasized that the non-confidential and confidential material, which includes the fingerprint devices, were timely submitted to the municipal election commissions and the election boards, as well as that three cycles of education of their members were conducted to conduct the elections with the devices. For the election day, October 17, 400 IT engineers and experts will be hired, 320 from the SEC and 80 from the “Dermalog” company from which the devices were procured, which will take care to overcome any possible problems with their application.

In the interview with MIA, Dastevski once again clarified what the voting procedure will be, emphasizing that any attempt for manipulation or irregularity or damage to the fingerprints devices is punishable.

The SEC president said that in this election the results will be announced around or after midnight, because they will be compared.