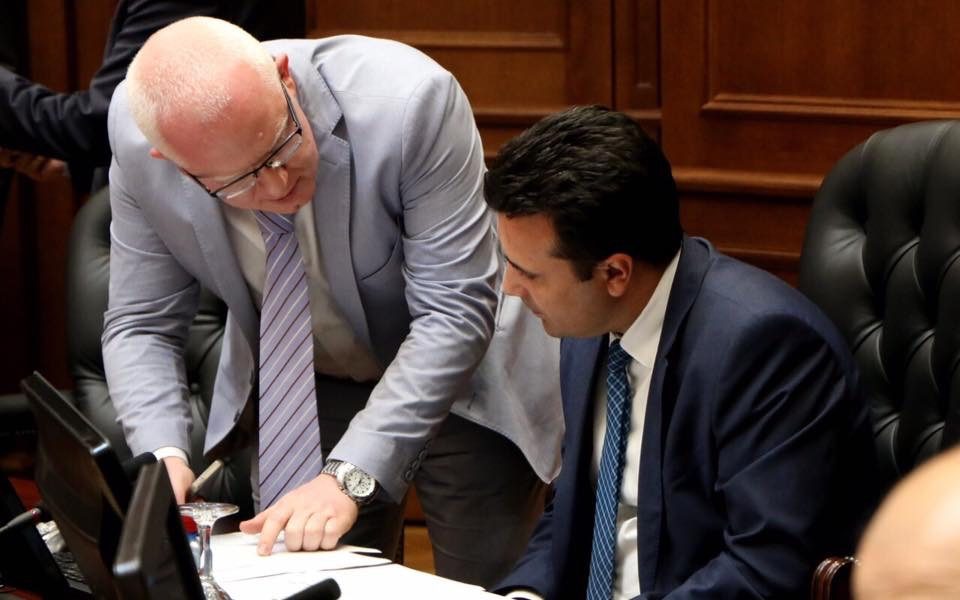 Controversial Montenegrin businessman Miodrag Davidovic confirmed that he paid 300.000 EUR for “consulting services” as he tried and failed to begin an energy business in Macedonia. Davidovic also confirmed that the money bought a meeting with Zoran Zaev, but that failed to resolve the red tape issues he has with starting his business.

The businessman who was named as one of the main financial backers of Russian interests in Montenegro, including during the alleged 2016 coup attempt, was featured in an audio leak released recently. In it he talks to underworld figure Zoran Mileski – Zoki Kiceec who received the 300.000 EUR and is clearly angry at Kiceec that he failed to advance his business interests. In the tape, Kiceec offers to set up another meeting between Davidovic and Zaev and Zaev’s top lieutenant Dragi Raskovski, but the Montenegrin businessman refuses, saying that Zaev and Raskovski will just extort more money from him, to buy votes for the September 2018 name change referendum. This indicates that Davidovic was clearly told that the money he paid initially were going to support Zaev and his SDSM party.

In his statement Davidovic says that he paid the money before Zaev took power in Macedonia, and hoped that it will buy him the necessary “consulting, logistics and mediation” so that he can develop wind and hydro plants along the Bregalnica river, investing millions from his Austrian and Chinese partners.

The claim that it was a bribe is too calculated. There was no element in this business arrangement that would imply the payment of bribes or corruption. Despite his promises, Mileski failed to provide a single permit or to advance the project in the municipality of Stip. He only organized a meeting with Zaev. During the meeting I presented my plans for building small hydro plants and wind energy parks. I was told that these concessions include payment of subsidized prices for the energy but that they are already handed out. I was to Government Secretary General Dragi Raskovski, who was supposed to check the Government plans about issuing energy concessions in the future. To this day I did not receive any information about what I could expect for the future of the project, Davidovic says.

The businessman, who recently survived an assassination attempt, was also apparently involved in a real-estate deal in Tetovo, but he does not address it in the press release. Davidovic is close to the Serbian Orthodox Church, has funded many of its projects in Montenegro, and by extension, is seen as close to the pro-Serbian and pro-Russian opposition in this country. Previously he was a top security official, head of the large Niksic steel mill and was close to the ruling DPS party, but had a falling out with it. During the 2016 arrests in Montenegro, when the Government said that it prevented a Russian sponsored coup attempt which was supposed to stop Montenegro’s entry into NATO, Davidovic was named as one of the financial sponsors of the coup, a charge he denies.