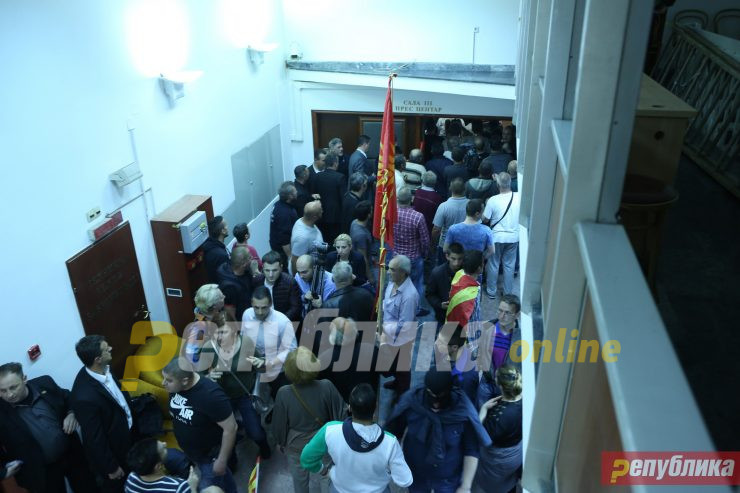 The prosecution failed to prove that there was terrorism on April 27. Acts against the state are political crimes, the intention must be proven. If you say that someone has committed a terrorist threat to the constitutional order, they cannot be football players, but terrorists, lawyer Zvonko Davidovic said Thursday on TV Telma.

The court was supposed to show that terrorism happened, but it did not. In order for there to be a terrorist threat to the constitutional order, the institutions must be endangered. The President of the country was not endangered, the Prime Minister was far away, he was also not endangered, the Parliament Speaker, whoever you take at that moment, Talat Xhaferi or Trajko Veljanoski, were not harmed, and none of these institutions was threatened. Those who attacked the other MPs were charged with participating in a mob, those who attacked Sela were charged with attempted murder, the one who attacked Sekerinska was charged with violence, and all others were charged with terrorism. They all found themselves in the same place at the same time, with 5 different crimes, says Davidovic.