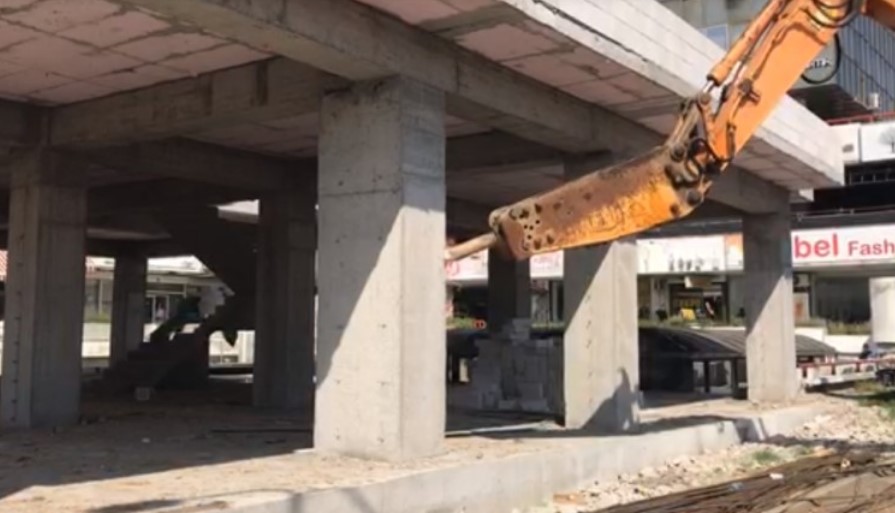 A demolition team began tearing down the basis of a building that was being erected without permit at the Mavrovka shopping mall in downtown Skopje. The build, at the site of the terrace of a cafe that recently burnt down in an arson attack, became emblematic of Macedonia’s rule of law failures as it is being built right across the main Skopje courthouse.

Looking to score easy points in the fight for the rule of law, after the dismal failure of the past three years, the Government ordered the state ran construction company to send a team aand tear the building down. Normally this is done by the local municipality, which tries to bill the owner for the demolition costs, but in this case the DUI party ran Cair municipality was clearly unwilling to destroy the building, even insisting that it can’t identify the owner.

Mevludin Aliti, the owner of the cafe, came before the press gathered at the site and insisted that he had a permit to rebuild the cafe after the fire. Earlier today, VMRO-DPMNE called the move “cheap theater” and said that the Government needs to begin a serious campaign against all unlawful construction if it is to show that the rule of law applies.