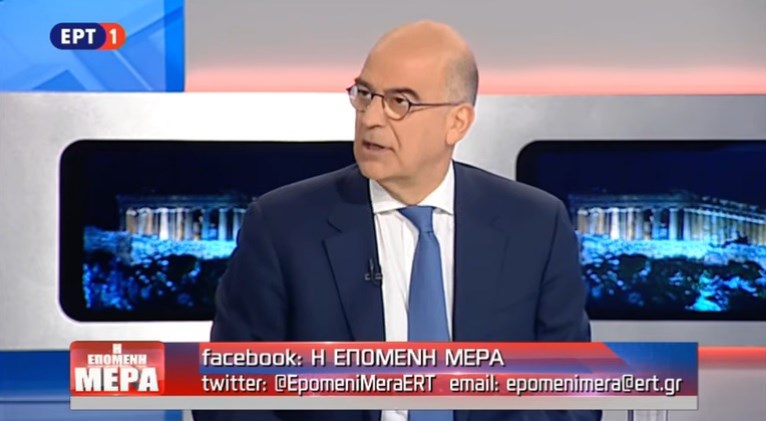 New Democracy leader Kyriakos Mitsotakis has been clear in saying that the country favors continuity, Greece does not support revision of agreements, says party MP Nikos Dendias in an interview with the Greek state-owned television ERT, answering the question – as possible future Greek Foreign Minister, how would you call the neighboring country – North Macedonia or Skopje?

Dendias explained that as a party what they would like to do is to make changes to some of the provisions through, as he said, “negotiations with the other side”.

There are issues about the language and nationality or citizenship, call it as you would like. We should try to improve these things. We will make efforts over this because we have negotiations with the European Union as weapons, says theNew Democracy  MP and explains that this does not mean that they will succeed 100%, but that they will try.

He added that “the agreement solves historic issues” and that it is something they can keep as it is, and he mentioned Article 7 as a positive example.

Nikos Dendias also noted on ERT that “there is no New Democracy politician who supports the change of borders in the Balkans,” MIA’s correspondent in Athens reported.

Skopjans should understand one thing. We, the Greeks are the only ones in the region that have an interest in their existence and will strive to exist as a country. Everyone else either wants to either absorb or break them down or cause them problems. Greater Albania includes one part of Skopje, Dendias said.

Regarding the protests against the Prespa Agreement, he reiterated his stance that he was against, said he did not attend any gathering, although he would have a “political gain” if he did so.

Nikos Dendias recently is more intensively mentioned in Greece as one of the main candidates for the head of Greek diplomacy if New Democracy wins Sunday’s election.

Dendias gives thanks for the changed signs on museum, monuments of Philip and Alexander