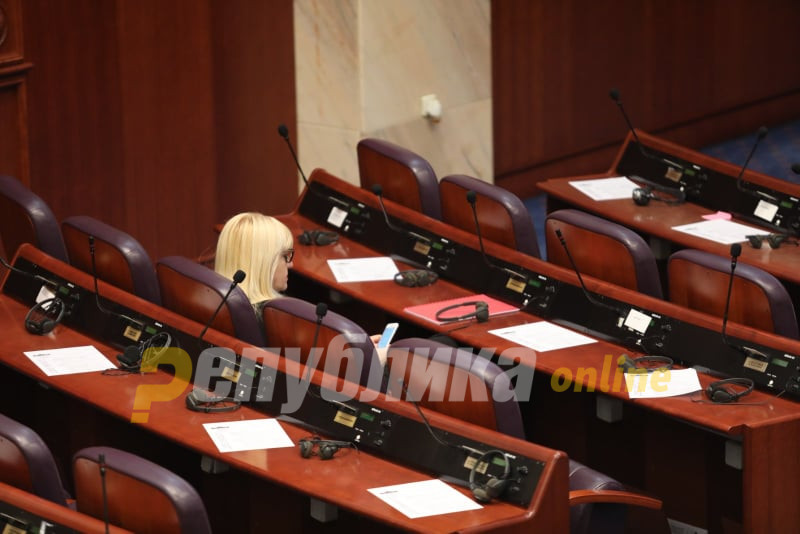 Justice Minister Renata Deskoska refused the invitation to discuss the PPO law on state prosecutors she proposed before the Parliament. Her SDSM party is trying to speed the law through Parliament, and she said that debating it would allow the opposition to voice its objections and drag out the process.

This is shameful. For months the Minister is avoiding to debate us, all the while she demands that the members of Parliament vote on her proposal, said VMRO-DPMNE representative Nikola Miceski.

The law further concentrates the power SDSM has over the judiciary. It was proposed through the so-called European flag procedure, which is used to fast track laws that bring Macedonian laws in line with European standards, even though the experts were highly critical of the proposal. Deskoska boasted on her Facebook account that she was able to “avoid eight hours of debating on the proposal”.

Vladimir Gjorcev: I wish success to the VMRO candidates