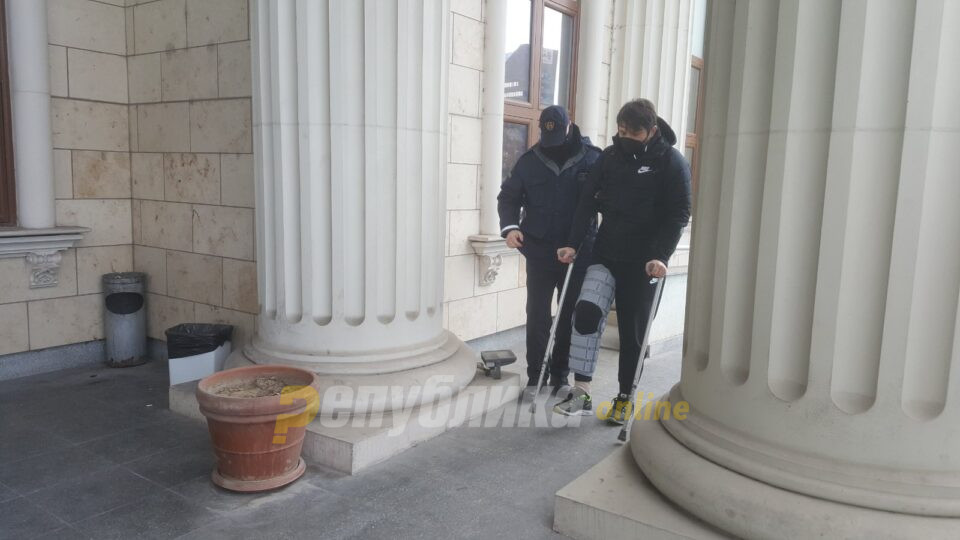 As announced last week, today judge Osman Shabani ordered the police to escort former Transportation Minister Mile Janakieski to court for a hearing. Janakieski sought to postopne the hearing in one of the half a dozen politically motivated trials against him as he recently operated his leg and had a doctor’s recommendation to rest to avoid worsening his knee injury.

But prosecutor Burim Rustemi, who was part of the now disgraced Special Prosecutor’s Office, demanded that Janakieski is brought to trial anyway. Janakieski was released from a three years long house arrest only recently, and is easily one of the most tortured political prisoners of the country.

In the courthouse, judge Shabani deccided to throw out all evidence presented by Janakieski’s defense. This added to the strong impression that the court is moving quickly to sentence Janakieski – in this case over the failed sale of publicly owned land to an Israeli company that was interested in a major real-estate development near Skopje.