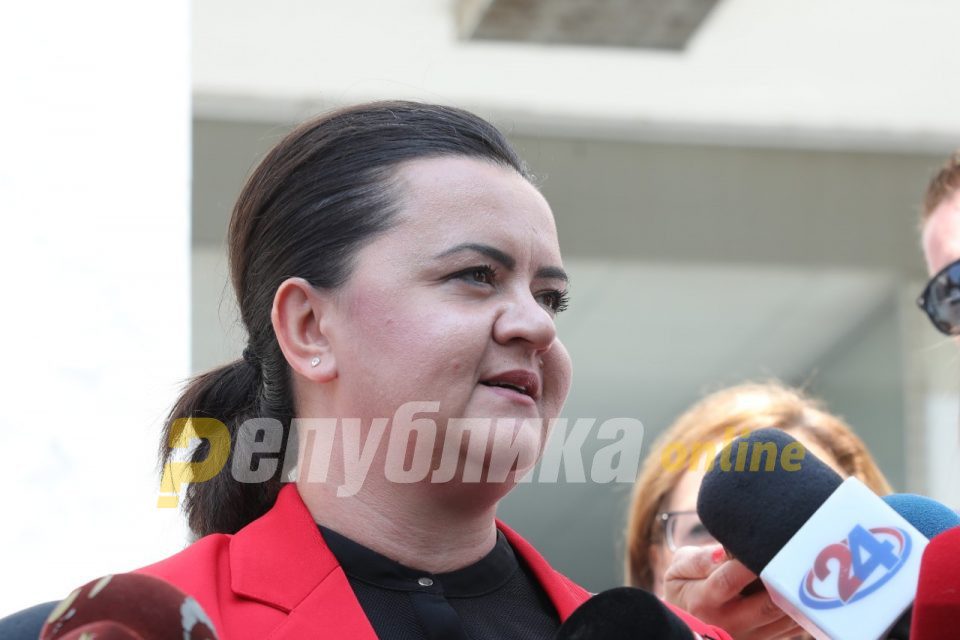 SDSM member of Parliament and Deputy Speaker Frosina Remenski, who is in house arrest over her involvement in the major racketeering scandal, responded to outgoing Prime Minister Zoran Zaev and his threat that he will have the judiciary in line. Remenski announced that she will publicly reveal her own proposals for criminal charges to be filed against Government officials, presumably most of them from the previous, VMRO-DPMNE led Government.

I will give my active contribution and I will reveal all the proposals I made between 2013 and 2019 that were ignored. I will demand accountability for all who will be affected with this clean-up (if that is the right word). The law must apply to all, but less and less citizens and lawmakers actually believe in this, Remenski said via Facebook.

She has frequently announced her that she wants former Interior Minister Gordana Jankuloska jailed over what Remenski claims is misuse of police equipment. She has also named the powerful intelligence chief Siljan Avramovski, a former SDSM Interior Minsiter who kept a high office under VMRO-DPMNE, of abuse as well.

Remenski herself is charged with using her close ties with showman Bojan Jovanovski – Boki 13 and Special Prosecutor Katica Janeva to extort money from businessmen. They were pressured to donate heavily to a bogus charity led by Boki 13, where Remenski was an honorary President. She is the only top SDSM party official to be charged in the racketeering scandal so far.