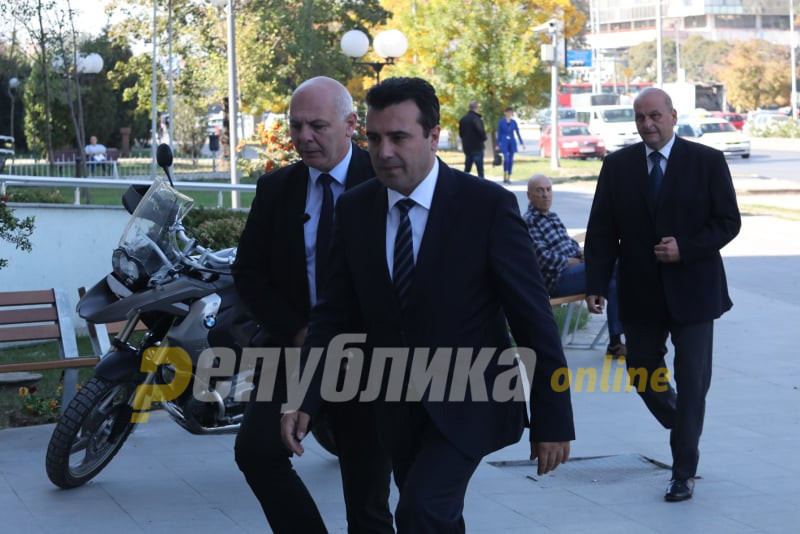 The Criminal Court is holding a hearing in the “Monster” case, in which Zoran Zaev is to appear as a witness. At the request of the parents of the murdered boys at Smilkovsko Lake in April 2012, a video of Prime Minister Zoran Zaev answering MP’s questions in relation to the “Monster” case was played in the courtroom.

You, Prime Minister Zaev, when in opposition you said to one of the parents of the killed children that you have tapped conversations that will clarify the case. Is this real evidence, or is it a talk of subsidies that one of the defendants should have received ?, asks MP Zoran Ilioski from VMRO-DPMNE in a 2017 video.

The then Prime Minister Zaev, from the parliamentary rostrum, says:

If Zaev had concrete evidence, that evidence, bombs, would have been released until the end. The evidence contains serious indications and is, therefore, submitted to the prosecution. One of the parents heard conversations of defendant Fejzi Aziri talking to Mayor Nevzet Bejta and begging him for subsidies. He also saw those phones that were supposedly hidden. I was not allowed to publish them publicly but the parent was allowed to see them. All evidence has been submitted to the SPO, and there is additional evidence to be investigated.

The parents of the victims have repeatedly appealed to Judge Ognen Stavrev Zaev to be on the witness list, to finally confront him and his lies.

Aleksandar’s father, Goran Nakevski, in the summer asked Stavrev to arrest the then prime minister, because as a political opponent of DUI he presented concrete evidence of involvement of DUI officials in the brutal murder. The father accused Zaev of manipulating the evidence that could lead to the truth about “Monster” after the DUI coalition was concluded.

In one of the rare interviews, Nakevski told “Alfa” that because of this political bargaining, Zaev is a bigger monster than the killers.