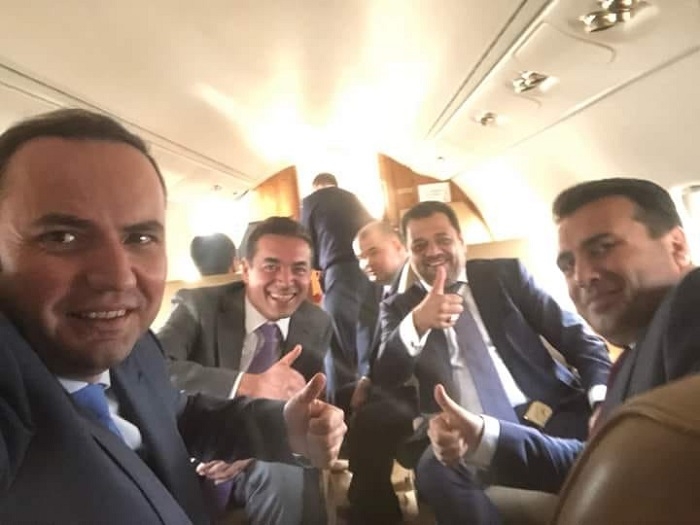 During the discussion in the Parliament over the proposed vote of no confidence in Deputy Prime Minister Nikola Dimitrov, Antonio Milososki from VMRO-DPMNE accused Dimitrov of giving away the identity designation “Macedonian” to neighboring countries.

Only in the past ten days we were informed that Macedonia and Bulgaria made progress in the use of terms “in accordance with the laws and the Constitution of the Republic of Macedonia”. What does that mean? It means that in the end we will be forced to give up of the term “Macedonian”. Nikola Dimitroev enabled Bulgaria to achieve this, and not only Bulgaria, when he imposed the constitutional amendments in 2019, Milososki said. 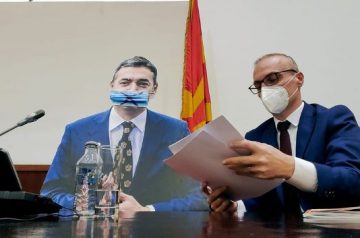 Bulgaria wants the Macedonian language to the referred to as “the official language of the Republic of North Macedonia” and is vehemently opposed to having it added as an official language of the European Union when/if Macedonia joins the EU. It also wants to define the Macedonian nation as recently derived from the Bulgarian. The Prespa Treaty gives Macedonia the right to call its language “Macedonian” after defining it as a Slavic language, but Bulgaria is not bound by this treaty. Prepsa, furthermore, declares Macedonian nationality as “Macedonian/citizen of the Republic of North Macedonia”, making it a lengthy citizenship designation rather than a national identifier.

Bulgaria is not satisfied with the extent of implementation of the 2017 Zaev – Borisov treaty, and blocked Macedonia from opening EU accession talks, which prompted the vote of no confidence initiated by VMRO-DPMNE.

Dimitrov insisted that he remains dedicated to the “Macedonian cause” and that his actions helped end the use of the name “Former Yugoslav Republic of Macedonia of FYROM”. “We are no longer Tungusia (derogatory name for a statelet) and have no more disputes and have a recognized position in the northern part of the region of Macedonia”, Dimitrov said. “FYROM” was used by Greek nationalists as a name for Macedonia and sometimes by international institutions or EU member states, but most of the world recognized Macedonia as the Republic of Macedonia. The 2018 Prespa Treaty signed by Dimitrov and Zaev imposed extensive use of the name “Republic of North Macedonia”, erasing the gains Macedonia made over the decades of the name dispute with Greece in exchange for NATO membership and very a dubious EU prospect.

Ana Laskoska from VMRO-DPMNE reminded Dimitrov that he joined Zaev for a airplane selfie in which the top Government members promised that Macedonia was allowed to open EU accession talks. The picture is now frequently used to mock the foreign policy “success” of the Zaev regime, as almost three years later Macedonia remains nationally humiliated and with no EU accession talks.

The promises you accuse us of were promises made by the European Union. I have the March 2020 decision of the European Council which says that it will open accession talks with Macedonia, and does not include additional pre-conditions, Dimitrov said. This decision was overruled in December of 2020, when Bulgaria said that it is going to veto the accession talks.

Regarding the earlier veto put down by France in 2019, Dimitrov insisted that there were no problems with reforms or crime and corruption in Macedonia that would add to the opposition in the EU, but that the veto was driven by French internal politics. Dimitrov named German Chancellor Merkel and French President Macron as politicians who said that this veto was “part of the internal debate in France, over reforms of the European Union”. This veto was lifted after France secured changes to the EU enlargement process, only to be replaced with the Bulgarian veto.

Von der Leyen: Europe is waiting for you, I believe that this is the moment for you to move ahead towards our common future