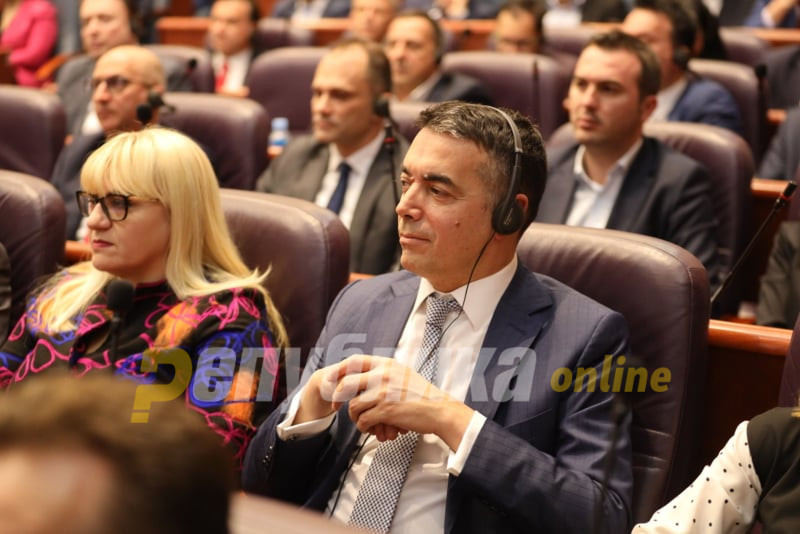 We expect the draft-negotiating framework early in June, and depending on the corona-crisis, its approval within a period of several months, followed by the first real step in the negotiating process – the intergovernmental conference, said Foreign Minister Nikola Dimitrov on Tuesday.

FM DImitrov told an online-briefing “Macedonia moves closer to the EU: Hard work makes history?”, organized by non-profit think-tank European Policy Centre, that he is in contact with European Commission officials, including Enlargement Commissioner Oliver Varhelyi, who are working on the draft-negotiating framework.

“The plan, although not carved in stone, is to produce two negotiating frameworks – for Macedonia and Albania – together with the package of enlargement documents early in June. I believe we will then launch a political process at the level of member-states, including their views on the proposal. Depending on the pandemic circumstances, we expect that the negotiating framework is confirmed within several months, followed by the first real step in the negotiations – the intergovernmental conference,” said Dimitrov.

According to him, the negotiating process is much more important for Macedonia than the ultimate goal of EU membership, saying the country is prepared for the start of the talks that can be used as a tool for reforms towards becoming a fully functional and prosperous European democracy.

“The idea is to make a real change of the system and the society. The issue of reversibility is a positive step if good reformers are acknowledged. The Government believes it is good that the reversibility mechanism is a strong tool in EU’s hands to evaluate countries that are failing to implement reforms. It is a tool for the EU to put pressure on regional governments to deliver reforms,” noted Dimitrov.

He expects the new negotiating framework to differ from the one of Serbia and Montenegro, but without any major surprises.

“It will incorporate clusters rather than chapters and broader areas of reforms. The first cluster will be the fundamentals with emphasis on the rule of law. I believe the Commission will invest efforts on having clearer objectives and criteria, along with clear and tangible evaluation. Member-states can be invited to nominate national experts who will help the Commission in the evaluation process. It is important for us to know that assessments on specific sections of the Council report are unconditional in our case too. I believe we will have a chance to launch the process in the coming months,” said Dimitrov.

He added that the EU solidarity and assistance during the corona-crisis has shown the country is treated as if a member-state.

“Judging from the statements by the European Commission President and other EU officials, I have the feeling there is a clear acknowledgment that the region will be a part of the EU and the virus cannot be beaten in the Union if the countries that are surrounded by member-states are not doing the same,” said Dimitrov.

On the draft-declaration of the EU-Western Balkans Summit in Zagreb, he said it confirmed the region’s Euro-perspective.

“Maybe it would have been better if it offered something more specific on the enlargement process. A clearer political language and signal would have been especially welcome for our region. Still, this will not be a demotivating factor, we will work on the reforms and it will be quite difficult for member-states not to recognize this progress,” underlined FM Dimitrov.