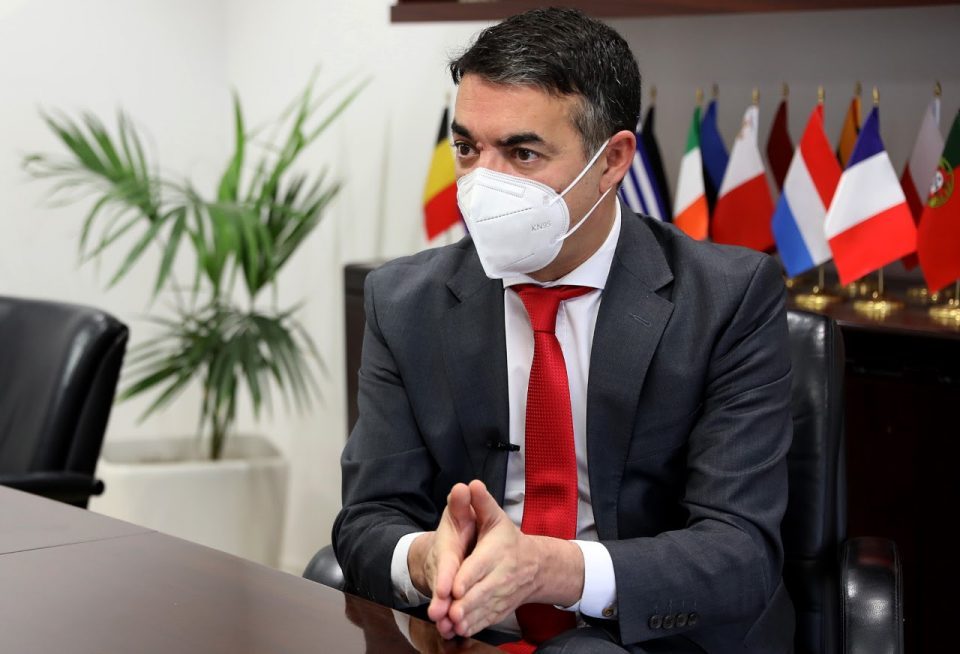 Deputy Prime Minister Nikola Dimitrov said that he expects heightened activity from Portugal in the coming days, as its presidency of the European Council draws to a close, in hopes that it will help get Bulgaria to lift its veto of Macedonia’s accession talks. Bulgaria is blocking Macedonia as it demands major concessions on issues of national identity and history, and it currently has no political Government, making negotiations almost impossible.

We have certain contacts at different levels. These days we expect heightened engagement from the Portuguese Presidency. While they are not close to the Balkans, they have a lot of good will and interest to get the job started by the German Presidency done. Their activities are not entirely announced in the public and I shouldn’t delve into details, but the public should know that we are expecting more activity. It is a challenge that there is a technical Government (in Bulgaria) but afterwards there will be elections in here, elections there, elections in major EU member states. So it is important that there is a breakthrough now, Dimitrov said.