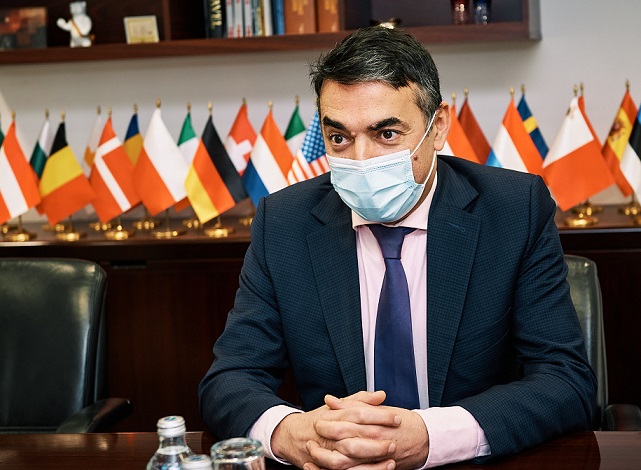 Discussing the warning from former Foreign Minister Nikola Dimitrov, that Macedonia is hurtling toward a bad, damaging deal with Bulgaria, VMRO-DPMNE leader Hristijan Mickoski said that Dimitrov has no credibility to speak about national betrayals. Dimitrov signed the Prespa Treaty which opened the door for the current Bulgarian demands.

We had a professor, who was part of the commission of historians, who warned us that a betrayal is being prepared, that political pressure is put on the historians to accept historic untruths. That man resigned virtuously. Months later, we see that Nikola Dimitrov comes out and says that there were several attempts at betrayal and that now he too feels he needs to speak up. We know the man, we know his nature. He was part of the Friendship Treaty with Bulgaria. He was part of the Prespa Treaty. And he wants to talk about credibility?, Mickoski said.

He asked why are the prosecutors not acting after a person who was a top Government official, while he still held that office, informed the public that a treason is in the works.