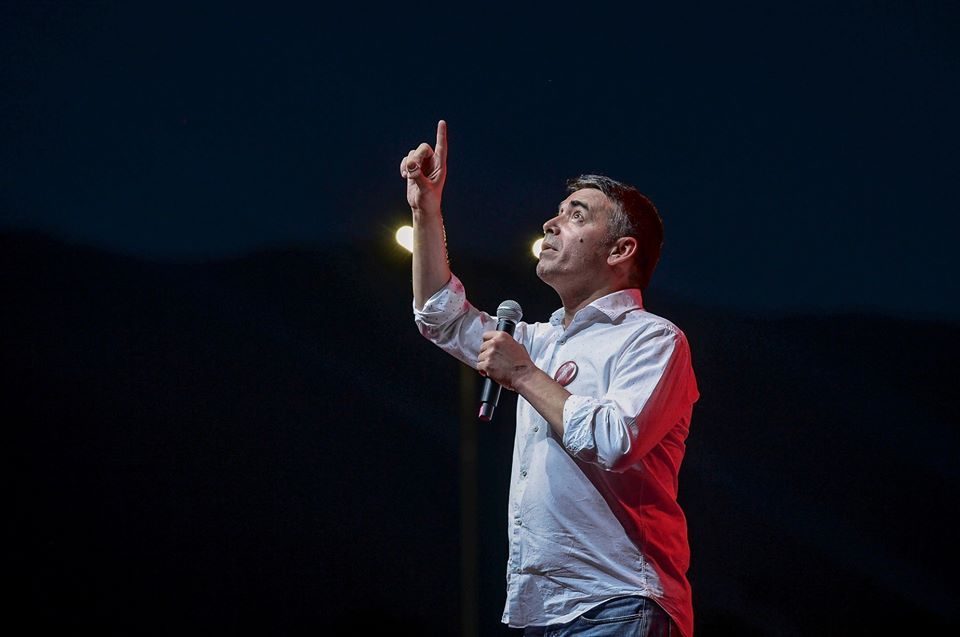 In an interview with “360 Degrees”, Deputy Prime Minister for European Affairs Nikola Dimitrov, commenting on the relations between Macedonia and Bulgaria and the work of the history commission, also spoke about Goce Delcev.

We need to think a little about the essence. I think Goce Delcev, if he is seeing us from somewhere, this will not make him very happy. Because he is a hero who dedicated his life to this cause, which is very important for them and for us, who, among other things, in terms of how he created politics in the revolutionary movement, we should see him through his letters and other statements, there is already a feeling of a tendency that this is our battle. He keeps that work and the battle from influences from outside and it is felt. What we will do now that will affect the future will show how history will look at us, says Dimitrov.

Asked if for him same as for VMRO-DPMNE, Goce Delcev is the red line of Macedonian dignity, Dimitrov said that identity issues are our business and that they are closed.

Macedonian people who speak Macedonian language. Both in international law and in reality through the UN, and for us at home… For the heroes of the past who are important for Bulgaria as well, I think we will grow and be more confident as a nation if we can each of us, from pupil to student, citizen, to be able to read all the original texts written by Goce Delcev with open eyes, he said, adding that if he were alive and listened to today’s debate, he would not believe the current situation that we are in this discussion, says Dimitrov.

Dimitrov: Prespa was possible because it did not touch the identity, Sofia goes into something it has no right to

Dimitrov: EU cannot afford 2021 to be like 2020 with enlargement failure

Milososki reminds Dimitrov of his statement: If we do not get negotiations in October, I will not have dignity to talk about EU